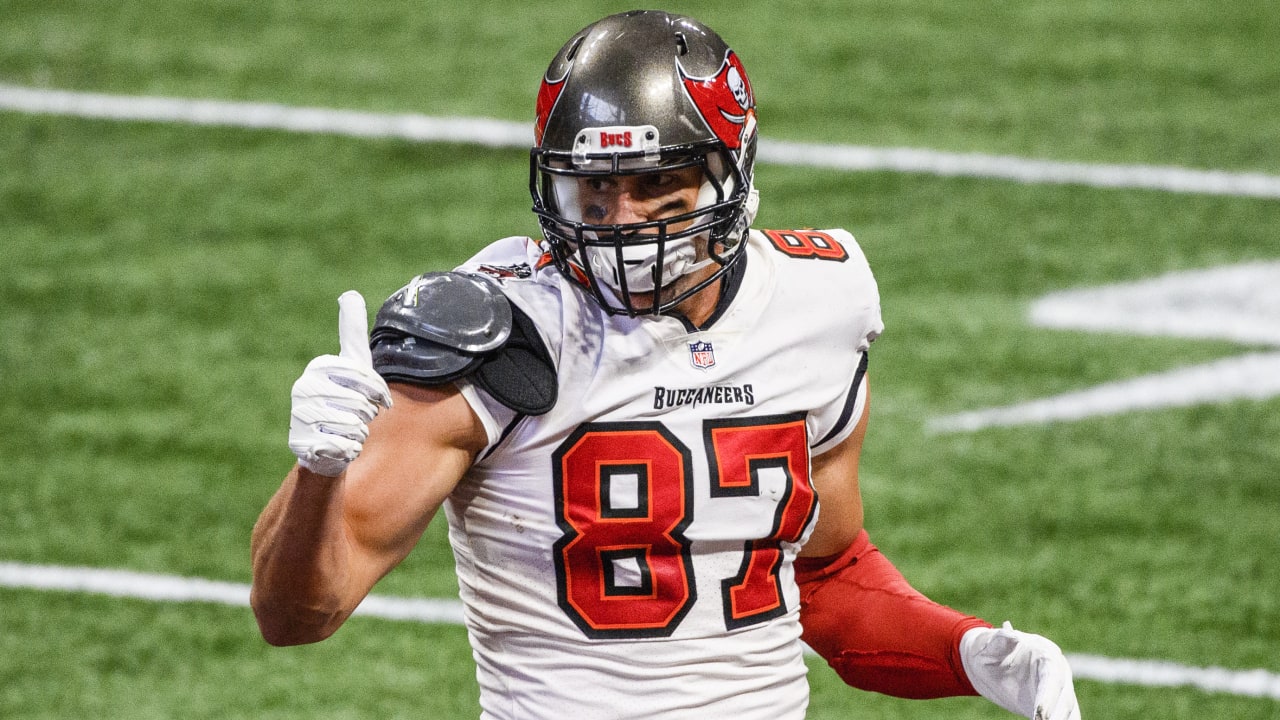 ﻿Rob Gronkowski﻿ unretired to rejoin ﻿Tom Brady﻿ in Tampa Bay for the 2020 season. The future Hall of Fame tight end would be down for another year.

“Yeah, you got to,” Gronkowski said of returning. “I feel like this team was built to win right now. It was put together this year to win right now. It always pops up in your mind, you’re thinking about the future a little bit. I could definitely see this team also having a lot of talent come back and having another successful run next year, as well, with me.”

Gronk isn’t under contract with the Bucs for the 2021 season. Given his relationship with Brady, the organization’s willingness to add players TB12 suggests and Gronk’s tendency to take less than market value, there is little reason to think sides couldn’t work out a deal to extend the relationship for another season.

Gronk has spent all 10 of his NFL seasons playing with Brady. That meant always playing in January.

“I’ve been playing football in the NFL for 10 years and I’ve been in the playoffs all 10 years. That’s what’s up,” Gronk said.

The 31-year-old tight end took some time to get in gear after a year away from the game. He finished the season with 45 catches for 623 yards and seven touchdowns, and didn’t miss a regular-season start for the first time since 2011.

Brady and Gronkowski are 1 TD away from setting the outright all-time playoff record for most passing TDs by a QB-pass catcher duo. Currently, they sit tied with ﻿Joe Montana﻿ and ﻿Jerry Rice﻿ with 12 postseason TDs.

Sunday’s showdown with the New Orleans Saints gives Gronk another shot to break the record.

“It is time (to break the tie),” he said. “We’re in the playoffs. It didn’t happen last week. I’m getting another chance this week. You know I’m going for that, baby. You know we’re going for that record. It’s got to happen.”

If Gronk and Brady don’t connect for a score during this year’s playoff run, it’d be another reason for the tight end to return to Tampa in 2021.