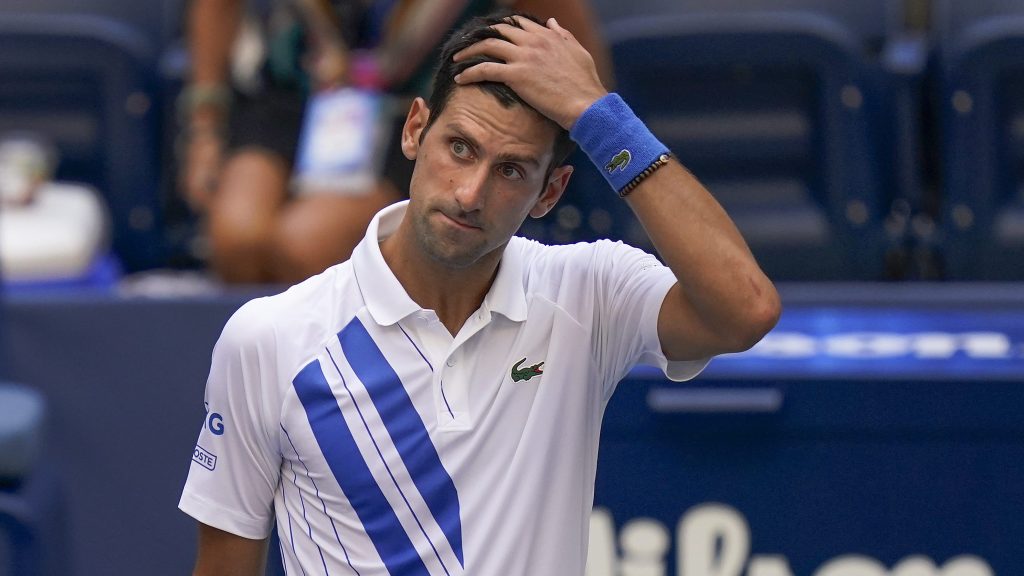 The 2021 Australian Open has been postponed until early February as over 70 tennis players and staff have been forced into an unexpected and strict two-week quarantine period.

The protocol was implemented after positive COVID-19 cases were discovered on three of 17 charter flights into the country. Australia, one of the few countries that has the coronavirus pandemic under control, usually requires all travelers entering the country to quarantine for 14 days at a hotel before being allowed anywhere else in the country.

It’s a strict routine that has the support of the Australian people and has kept COVID cases to a minimum in the country as they spiral out of control elsewhere in the world. Unfortunately for many tennis players it also means that they’re now going to be cooped up indoors for a length of time they weren’t prepared for. Superstars like Novak Djokovic, Serena Williams and Naomi Osaka though have had some leeway, being allowed out of their rooms to practice for hours at a time.

The entire situation is a mess and while the majority of tennis players have been handling it well, a few have taken their complaints to social media, cribbing about the food, the boredom and uh, the inability to get a hair stylist.

World no. 13 Roberto Bautista Agut compared being confined to his pretty nice hotel room in Melbourne to being in jail.

Exclusive: world number 13 @BautistaAgut rips the authorities in Australia ahead of AUSTRALIAN OPEN. “It’s like a jail here” pic.twitter.com/PWwQL7ngES

Others went on social media with nothing nice to say about the meals they were being served.

Players complaining about their lunches and then there’s Benoit… pic.twitter.com/G25p7AvBYu

Player Yulia Putintseva at least had an unexpected companion to share her time with.

Been trying to change the room for a 2 hours already ! And no one came to help due to quarantine situation🤦🏼‍♀️ pic.twitter.com/LAowgWqw58

If we have one clear villain in the story, it’s Bernard Tomic’s quarantine companion Vanessa Sierra, who spoke at length about the hardship of having only one bathroom and not having access to a hairstylist, because she never washes her own hair.

This makes my head explode pic.twitter.com/rp2exrGF4W

According to ESPN, World No. 1 Novak Djokovic wrote to Tennis Australia officials with a list of “demands”, asking to have have players moved to “private houses with tennis courts.”

There were also quarantine breaches from players.

CQV Commissioner Emma Cassar reveals details about the ⁦@AustralianOpen⁩ quarantine breaches. One involved a bloke shouting his mates in the corridor some Uber Eats then boating about it. ⁦@VictoriaPolice⁩ now involved. ⁦@9NewsMelb⁩ pic.twitter.com/CkdOpPp4Iq

The extensive quarantine measures are at the behest of Australian government who are merely enforcing long-standing rules. Doubles player Artem Sitak said Tennis Australia did warn them about this very scenario.

As for how Australians are viewing the players, well, it’s less than sympathetic.

The tone of the coverage down under… #AusOpenpic.twitter.com/vDrHKaGw2K

It is clear then, that tennis players are being treated like every other person who comes into country, which is something they aren’t pleased with. It absolutely sucks that players have to be quarantined in tight quarters for so long, but the real issue here is why the Australian Open is happening anyway. The world is still fighting a global pandemic and all it takes is a little laxness for the disease to spiral out of control. The government is putting the health of the country first, and, rightfully so, doesn’t care about tennis pros who took a gamble during a pandemic. Two weeks stuck inside can be devastating to the mind and body, but it was a risk all the players knowingly good.

All of this is a reminder that sports are a privilege, and one that tennis players stuck in hotel rooms don’t seem to be grasping.

With quarantines almost over, tennis set to start Down Under – The Philadelphia Inquirer