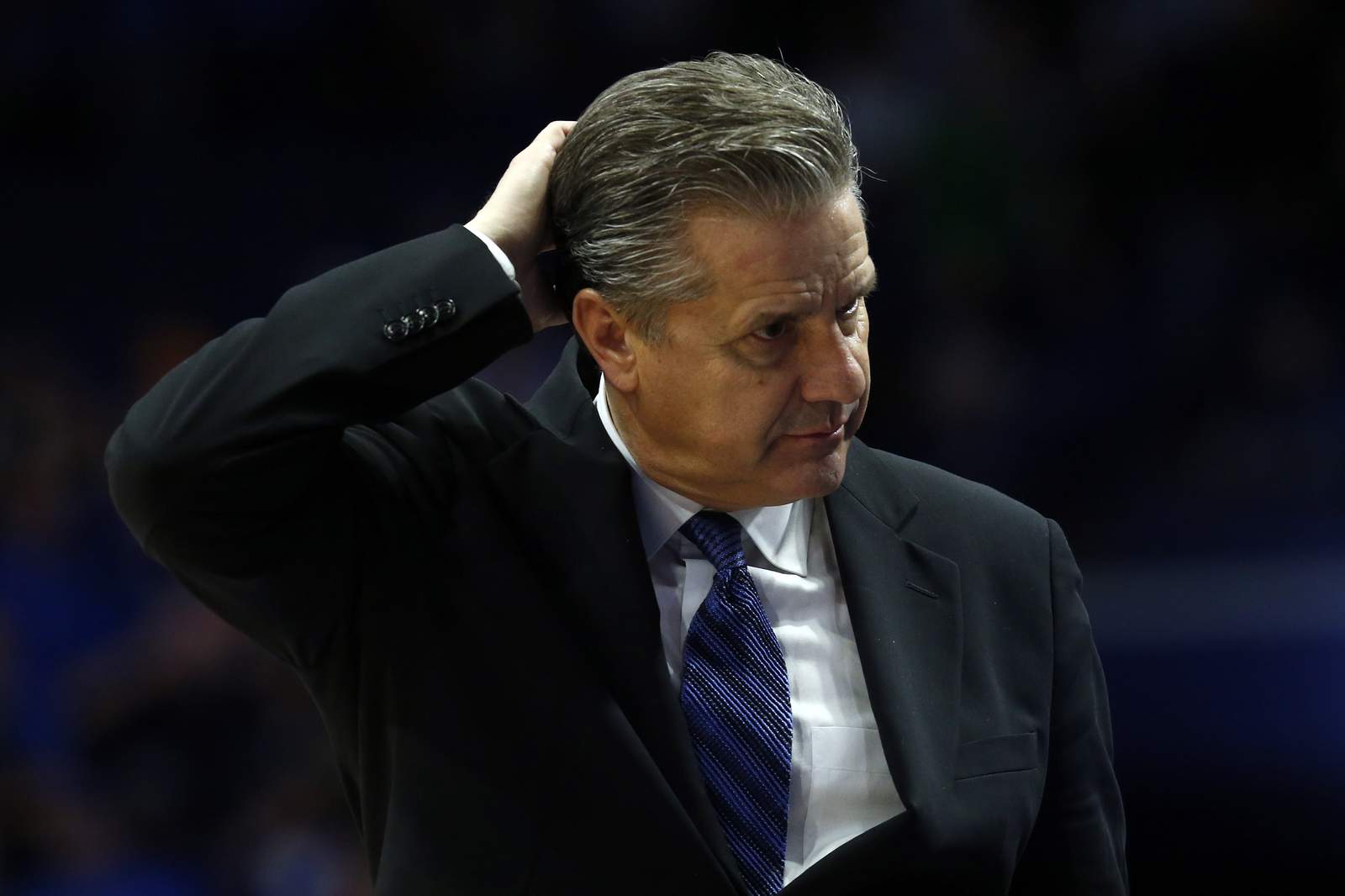 This college basketball season is already off to a strange start, with postponements, schedule changes and all sorts of chaos on and off the court.

Maybe it’s because of the unique nature of playing through a pandemic, but there seem to be even more disappointing teams than usual. The season is only half over, but so far, these have been the top letdowns in the sport.

NOTE: Rankings go from least to most disappointing.

Tar Heels fans could argue neither N.C. State nor Georgia Tech is a bad loss, but considering North Carolina was expected to compete for an ACC title this year, and those two teams are a combined 12-7 on the season, I think they qualify.

Stanford and Syracuse are generous inclusions in the “quality wins” category, anyway. Both are currently fringe NCAA Tournament teams, so it all combines to form a very lackluster resume.

The bottom line is: North Carolina is one of the blue blood brands of college basketball, and through 13 games, Roy Williams’ team already has five losses and no true standout victories.

After a disastrous 14-19 record a year ago, UNC was expected to bounce back with the help of the nation’s No. 2 overall recruiting class, which featured three five-stars and five top 70 players. So far, all that talent hasn’t translated to great success on the court.

The preseason favorite to win the SWAC title is off to a terrible start this season, and it didn’t help that the Tigers didn’t play for three weeks due to COVID-19 cancellations.

Texas Southern has finished with a record of 11-7 or better in SWAC play each of the last 11 seasons, and the Tigers were expected to represent the conference in the NCAA Tournament this season.

Instead, the team is lucky to have any wins at all. A two-point victory at Wyoming is Texas Southern’s only in against a Division I team this season.

What’s worse: The Tigers returned to play last week and started conference play with a pair of losses to Prairie View A&M and Grambling — two teams with a combined 8-11 record.

There’s still time for Texas Southern to turn its season around — it has made four of the last six NCAA Tournament fields. But with seven losses in the first nine games, it’s not looking good.

Remember the excitement surrounding Memphis when Penny Hardaway took over last season? That’s been tempered as the Tigers struggle through a difficult 2020-21.

Memphis was projected to finish behind only Houston in the American this season, and many bracketologists expected an NCAA Tournament appearance.

Well, that has changed as the Tigers sit at 6-5 with four losses to teams that won’t have a chance to earn at-large bids into the Dance.

Virginia Tech transfer Landers Nolley is shooting worse than 40% from the floor, taking 11.4 shots per game to average 13.3 points and turning the ball over more than he assists.

Five-star freshman Moussa Cisse is rebounding and defending the rim, but averaging just 6.4 points per game.

Hardaway will get back on the recruiting trail, but this is a bad season so far.

How bad does a team have to be to not receive a single vote in either major preseason poll and still make the “most disappointing” list? Really, really bad.

Washington went 27-9 and won an NCAA Tournament game in 2019, but so far this year, the Huskies are 1-11 and winless in the worst power conference in the sport.

UC Riverside had its way with Washington during non-conference play, leading wire-to-wire and finishing with a 15-point victory. Washington’s only win came against a Seattle team that ranks 285th in Kenpom.

Sometimes college basketball programs have down years, but not 1-11 with seven losses by at least 14 points. Washington is the punching bag for the PAC-12. Yikes.

Full disclosure: Northern Iowa only received one vote in the preseason AP poll and eight votes in the preseason Coaches poll. But this was one of the mid-major teams everyone had their eyes on entering the season.

Most bracketologists had the Panthers penciled in as an 11 or 12 seed in the NCAA Tournament. Fast forward to Jan. 20, and Northern Iowa is 3-10.

Injuries have definitely played a role in this collapse, as star guard A.J. Green is out for the season with a bad hip. But even with Green, the Panthers were off to an 0-3 start, losing to Western Kentucky, Saint Mary’s and Utah State.

Replacing Green, who averaged 19.7 points per game last season, has proven impossible for Northern Iowa, as the Missouri Valley favorite slipped to eighth place (out of 10) in the conference after getting swept by Loyola-Chicago in a pair of games this weekend. The combined margin of those losses was 57 points. Ouch.

Miami wasn’t expected to be one of the top teams in the country, but with Chris Lykes at the helm, most thought the Hurricanes would finish in the top half of the ACC and squeeze into the NCAA Tournament.

That certainly will not be the case.

Lykes has only played in two games due to injury, and after starting the season 3-0 with a very nice win over Purdue in the Big Ten-ACC Challenge, Miami has come crashing down the earth.

Since that fast start, the Hurricanes are 3-7 with some unsightly losses. They lost to Florida Gulf Coast, Boston College by 22 points, Pittsburgh by 15 points at home and Syracuse by 26 points.

The true disappointment for Miami, though, came in the form of three missed opportunities around the new year. Miami went 0-3 against Virginia Tech, Clemson and North Carolina in the span of eight days — the margins of defeat in those games were two, one and two points, respectively.

Maybe we should have taken it as an omen that Cincinnati didn’t receive any preseason love, but this has been such a consistent program that college basketball fans expect the Bearcats to be in the NCAA Tournament every season.

Cincinnati has participated in each of the last nine NCAA Tournaments. It has been a No. 6 seed or better five times and a double digit seed once (No. 10 seed in 2013) over that span.

Last season, the Bearcats finished with a 20-10 record, which was their lowest win total since 2009-10. Cincinnati hasn’t had a losing record in 13 years.

At its current pace, all of those streaks will come to an end. Cincinnati is 3-7 with several losses to teams that, to be frank, aren’t any good. As of Jan. 20, the Bearcats are in dead last in the American with a 1-4 record.

Many of the other struggling blue bloods are dominating media attention, but if Cincinnati misses the NCAA Tournament, it shouldn’t go unnoticed.

Duke seemed as safe a bet as any to power through the obstacles of this strange season, but so far, that hasn’t been the case.

The Blue Devils went 25-6 last season and brought in the No. 3 overall recruiting class, which included four five-stars and six players ranked in the top 55.

One coach even put Duke at No. 1 in the preseason Coaches poll. He probably forgot to do his research and figured nobody would notice since, you know, it’s Duke!

If the NCAA Tournament started today, there would be no reason to include Duke. That will almost certainly change because of the talent level. But this 5-4 start has been stunning.

Now, part of that is due to four postponements and a cancellation, but the Sun Devils have also lost four games in that span, including two against terrible teams.

But Hurley’s team couldn’t get going right from the start. Even three-quarters of Arizona State’s wins — Rhode Island by six points, Cal by eight points and Grand Canyon by one point — have felt more like losses.

There are still opportunities for quality wins down the stretch, but Arizona State is far from the bubble right now, and fans have to feel like this is a season of wasted talent.

Kentucky and Duke started the season with near identical expectations, and while one has started a disappointing 5-4, the other is a disastrous 4-8.

John Calipari isn’t known for his grace when things aren’t going well, and this season has served as a stark reminder. Already, Calipari has turned Cam Fletcher into a public scapegoat and called out his players multiple times. His teams rarely struggle, but when they do, it gets a bit ugly.

Kentucky is one of the top brands in college hoops, and it brought in the No. 1 recruiting class in the nation this season. Two of the top eight players and six of the top 70 in the class signed with the Wildcats, along with a trio of impact transfers.

This is a difficult season to be led by young players, though, and that has shown for Kentucky. After beating Morehead State in the opener, it lost six straight games. Three straight wins over unranked teams raised questions about whether Kentucky was finally turning the corner, but the Wildcats have since lost two in a row.

At 4-8 with 13 games left on the regular season schedule, Calipari needs to right the ship fast. If not, wouldn’t it be ironic that the conference tournament — which Calipari complains about every season — becomes Kentucky’s only avenue into the Dance?