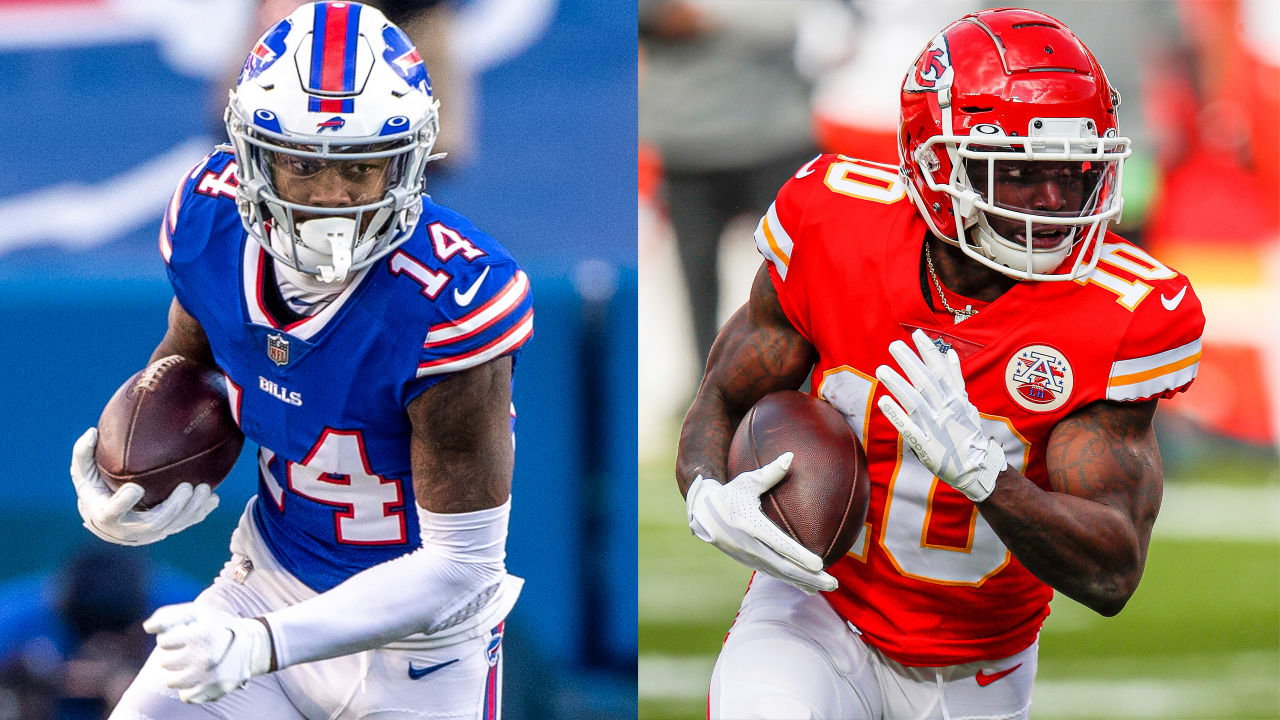 1) BUF@KC: Travis Kelce will score a TD in the first half.

Kelce has scored nine of his 12 touchdowns this season before halftime. Look for the Chiefs to establish the short-passing game early against the Bills to get Patrick Mahomes into a groove. Kelce was on the receiving end of Mahomes’ lone TD pass against the Browns, which came in the second quarter.

2) TB@GB: Aaron Jones will have a 15-plus yard play from scrimmage before Mike Evans.

I’m going with the player who touches the ball more often for this question. Jones has touched the ball 17.5 times per game this season while Evans’ mark has been closer to 4.3. While Evans gains more yards per touch, he was held without a play of 15-plus yards last week by Marshon Lattimore﻿. I wouldn’t count out Jaire Alexander from potentially doing the same this Sunday. Jones, on the other hand, broke a 60-yard run against the Rams in the Divisional Round. Look for the weather in Lambeau to put a greater emphasis on the run.

I expect the Packers to get off to a hot start in this one as they try to exact revenge for their 38-10 defeat in Week 6. Remember, Green Bay jumped out to a quick 10-0 lead in that game. Expect Rodgers and the offense to come out attacking, thus racking up some early completions.

Diggs has 75 or more yards in seven straight games and in 10 of his last 11. Hill can certainly rack up yardage himself, but he’s much more dependent on one big play bolstering his totals. I expect the speedy Chiefs wideout to see plenty of Bills cornerback Tre’Davious White in this game, which will make that big play hard to achieve.

5) TB@GB: There will be 14 or more points scored in the fourth quarter of Buccaneers-Packers.

The Buccaneers are averaging a league-best 8.8 points in the fourth quarter this season (including playoffs), while the Packers rank in the middle (6.7). I’m expecting a close game on Sunday, with Tom Brady and Aaron Rodgers dueling to the very end.

This Week in NFL History: April 26 to May 2; Seven HOFers were selected in the 1st Round of the 1983 NFL Draft – NFL.com