The page has been turned on the 2020 college football season and with the flip of the calendar year, it comes time to check in on Florida Gators football’s incoming freshmen who have enrolled early with the university ahead of their careers on collegiate gridiron.

A couple of weeks ago, Dan Mullen and the rest of the football program laid out the welcome mat for Florida’s freshest crop of incoming talent. Of the 2021 recruiting class, 12 prospects have enrolled for the spring semester at UF.

Excited to have our new Gators on campus. Can’t wait to get to work. pic.twitter.com/cReugGXJJW

Below, you can find the entire group of Florida’s early enrollees, as reported by Zach Abolverdi of the Gainesville Sun on Jan. 8, along with an updated excerpt from our Gators Wire player profile card for each respective prospect.

A big-bodied passer with some sneaky mobility at 6-foot-2.5-inches and just over 200 pounds, Carlos Del Rio-Wilson has above-average arm strength but has struggled with accuracy issues, at times.

The Florida Gators extended their offer to the Peach State product on June 2, 2018, one day before the Michigan Wolverines did and four days ahead of the North Carolina State Wolfpack.

Primarily recruited by quarterbacks coach Brian Johnson, Del Rio is one of the top-dozen pro-style quarterback prospects in the class and a top-15 player in the state of Georgia, per the 247Sports Composite.

The son of former National Football League quarterback Jon Kitna, Jalen Kitna played at his third high school in as many years when he suited up for the Burleson Elks in 2020, with the elder Kitna kicking off his first season at the helm of the Burleson program as well.

Despite these frequent moves and having to acclimate to new surroundings, Kitna has bloomed into a good prospect, rated as a three-star recruit, the No. 35 pro-style quarterback in the class and the No. 138 player in the state of Texas, per the 247Sports Composite.

His recruitment was a bit of an adventure, as he originally committed to the Boston College Eagles on July 29, 2019. Kitna would decommit from the program about a month after the dismissal of former head coach Steve Addazio in December.

Announcing his commitment to the Gators on May 26, Kitna was recruited by quarterbacks coach Brian Johnson and linebackers coach Christian Robinson. He is the second signal-caller in the 2021 class, joining Grayson (Loganville, Georgia) four-star pro-style prospect Carlos Del Rio.

Teammates with fellow 2021 Florida commit, pro-style quarterback Carlos Del Rio-Wilson, at Grayson (Loganville, Georgia) High School, Daejon Reynolds is the No. 46 wide receiver in the class and one of the top-25 players in the Peach State, per the 247Sports Composite.

Reynolds is a big-bodied target at 6-foot-2-inches and closing in on 200 pounds. Possessing above-average leaping ability, he has shown the skills necessary to high-point the football in traffic.

Primarily recruited by co-offensive coordinator/wide receivers coach Billy Gonzales, it is possible Reynolds will have an opportunity to compete for immediate playing time in Gainesville in the fall of 2021 with the departure of three of Florida’s most prolific pass catchers to the NFL draft.

Nick Elksnis was originally committed to the Penn State Nittany Lions but decommitted several months later. Just six days after his decommitment from the Big Ten East contender, Elksnis verbally committed to the Gators on March 7, the same day he was in Gainesville for the program’s Junior Day.

Blessed with near-ideal size for the tight end position at 6-foot-6-inches and 221 pounds, Elksnis was one of new position coach Tim Brewster’s first priorities once he joined Dan Mullen’s staff.

Paired with fellow 2021 commit Jefferson (Tampa, Florida) Gage Wilcox, Brewster appears to have talent ready and waiting in the wings to replace junior Kyle Pitts, who has declared for the 2021 NFL draft.

Per the 247Sports Composite, Elksnis is ranked No. 14 at his position nationally and No. 62 overall within the state of Florida.

Christopher Thomas Jr. is a three-star prospect, one of the top-30 defensive tackles in the class and a top-75 player in the state, per the 247Sports Composite. Standing 6-foot-6-inches tall and weighing in at 290 pounds, the defensive lineman from Ft. Myers has the potential to be a presence in the trenches.

A massive defensive tackle at 6-foot-5-inches and 380 pounds, he is the No. 23 player at his position and a top-60 player in the state, per the 247Sports Composite.

Andrew Ivins, a Miami Hurricanes insider for 247Sports, highlights Watson’s quick hands and effectiveness against double teams as some of his strengths and points to his weight as a possible concern.

Possessing a great frame for the defensive end position at 6-foot-5-inches and 255 pounds, he has been productive for Sumter High School, ironically, nicknamed the Fighting Gamecocks.

Primarily recruited by defensive line coach David Turner and defensive coordinator Todd Grantham, he is the No. 21 rated player at his position nationally and the second-best prospect out of the state of South Carolina, per the 247Sports Composite.

The departures of Ventrell Miller to the NFL draft and James Houston IV to the NCAA transfer portal leave a void that Borders could very well fill in 2021. There is no doubt that he’ll have an opportunity to compete for playing time early in his career.

The highest-rated commit in the Florida Gators’ 2021 class, per the 247Sports Composite, Jason Marshall Jr. is the No. 2 cornerback in the cycle, trailing only uncommitted Pinson, Alabama product Ga’Quincy McKinstry, and the No. 8 player in the state.

Primarily recruited by quarterbacks coach Brian Johnson and former position coach Torrian Gray, he announced his commitment on August 9, the day before his high school teammate, four-star safety Corey Collier, did the same.

Although he has not been asked to often at Miami Palmetto, he has shown the ability to press wide receivers at the line of scrimmage and, while not the fastest athlete in the class, he has more than adequate speed to stay with burners downfield.

Standing 6-foot-1-inch and weighing 185 pounds, he has the ideal frame former cornerbacks coach Torrian Gray and linebackers coach Christian Robinson look for on the recruiting trail. Initially receiving his offer from the Gators’ staff on June 7, 2019, the same day he attended a camp in Gainesville, Young returned to campus on February 1 for the program’s Junior Day.

While his three-star rating does not necessarily jump off the page, Young’s reported offer list is 26 schools deep and features the Alabama Crimson Tide, Arkansas Razorbacks, Florida State Seminoles, and Georgia Bulldogs.

The No. 32 cornerback in the cycle and sixty-sixth best player in the state, per the 247Sports Composite, Young is the tenth-highest rated of the program’s incoming recruiting class, slotting in behind Jacksonville tight end Nick Elksnis and ahead of Ft. Myers defensive tackle Christopher Thomas Jr.

A four-star prospect himself, the 247Sports Composite rates Collier as the No. 6 safety in the class and the No. 17 player in the state overall.

Primarily recruited by quarterbacks coach Brian Johnson, one of the Southeastern Conference’s (SEC) best on the trail, and former cornerbacks coach Torrian Gray, he chose the Gators over the Baylor Bears, Clemson Tigers, Virginia Cavaliers, Washington State Cougars, and 30 reported others.

Listed at 6-foot-2-inches and 170 pounds, Collier should continue to add muscle to his frame once he enters strength and conditioning coach Nick Savage’s program.

Although there seem to be some growing pains in his man coverage abilities on tape, he has shown the ability to take smart angles to the football while in the air and a willingness to help against the run.

A big-bodied, hard-hitting safety at 6-foot-2-inches and 193 pounds, Donovan McMillon is the No. 11 player at his position and a top-10 player in the state of Pennsylvania, per the 247Sports Composite, committing to head coach Dan Mullen’s program on July 18.

Primarily recruited by former safeties coach Ron English, McMillon received his offer from Florida on April 18 and took a visit to Gainesville in June, despite not being able to interact with the coaching staff because of the NCAA’s coronavirus restrictions.

In addition to his prowess on the gridiron, McMillon stars on the wrestling mat for the Peters Township Mighty Indians, boasting a 101-18 career record as of the summer of 2020.

Barton Simmons, 247Sports’ Director of Scouting, forecasts the Pennsylvanian as “a Power Five impact starter with some positional versatility, who we view as a future mid-round National Football League draft pick.”

A look ahead at Florida Gators football’s 2021 schedule 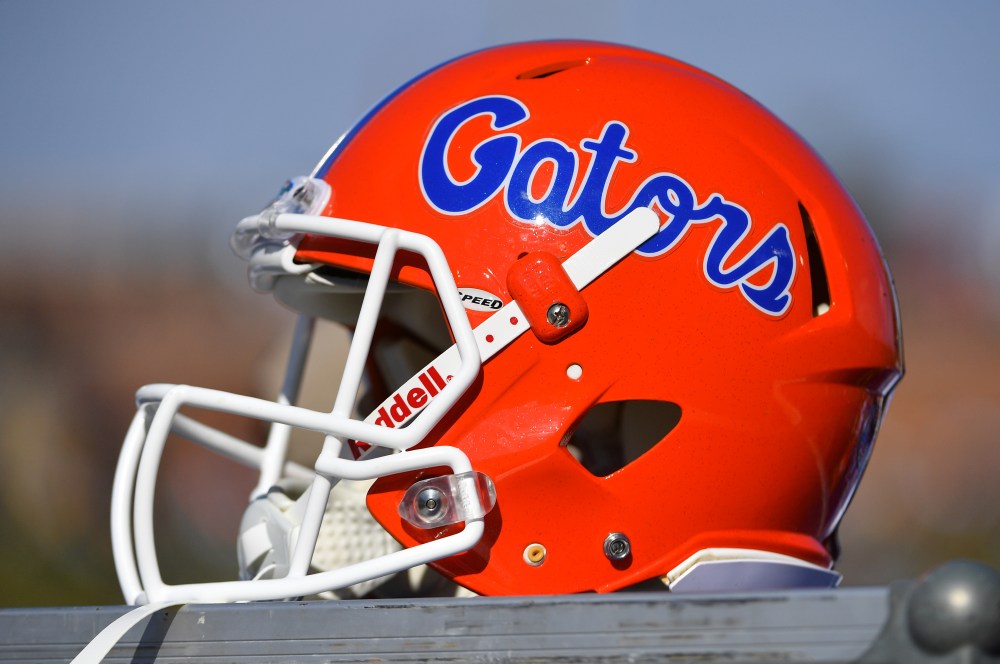 Take a look at Florida football’s future schedules and opponents 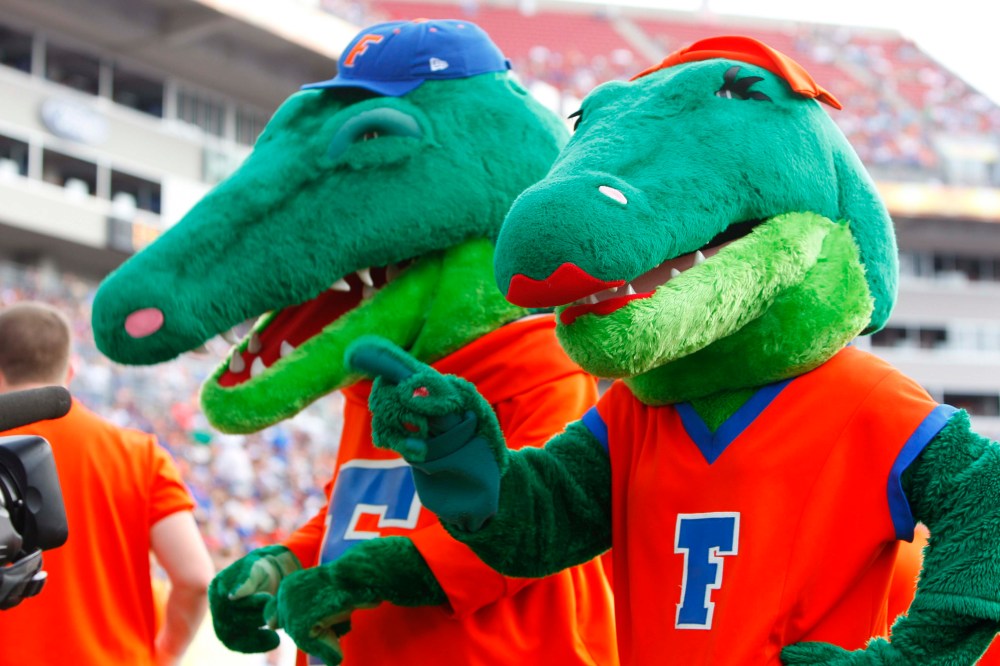