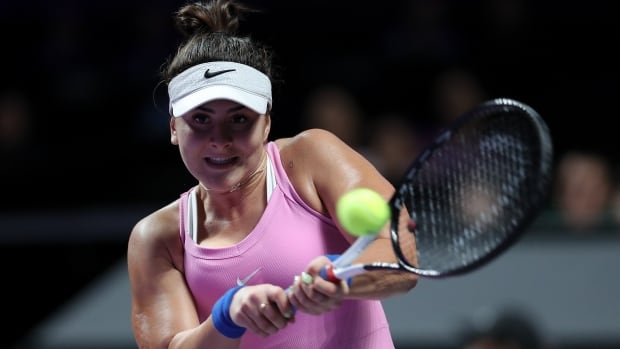 A busy stretch for Canadian tennis starts this weekend with Australian Open players emerging from quarantine.

Australian Open qualifier Rebecca Marino of Vancouver kicks things off in the Gippsland Trophy, one of several warmup tournaments for the Grand Slam in Melbourne.

The 313th-ranked Marino, who will compete in a Grand Slam for the first time in eight years when the Australian Open begins on Feb. 8, will face world No. 97 Jasmine Paolini of Italy in the first round of the Gippsland Trophy.

Bianca Andreescu of Mississauga, Ont., and Leylah Annie Fernandez of Laval, Que., the other two Canadian women in the singles draw at the Australian Open, are slated to return to the court at the Grampians Trophy, starting Wednesday.

The tournament is for players who have been in hard quarantine following potential COVID-19 exposure on charter flights to Melbourne.

Milos Raonic of Thornhill, Ont., will face Dusan Lajovic in the opener before Denis Shapovalov of Richmond Hill, Ont., takes on top-ranked Novak Djokovic. A doubles match will follow.

Canada faces Germany the next day to conclude group play.

Montreal’s Felix Auger-Aliassime is entered in the Murray River Open, which starts Monday.

Raonic, Shapovalov, Auger-Aliassime and Pospisil are the Canadians in the men’s singles draw at the Australian Open.

It will be the fifth time there are seven or more Canadian players in the men’s and women’s singles at a Grand Slam in the Open Era. The others were 1988 Wimbledon, the 1989 U.S. Open, the 1990 Australian Open (when there a record eight), and the 2014 U.S. Open, the International Tennis Federation said.