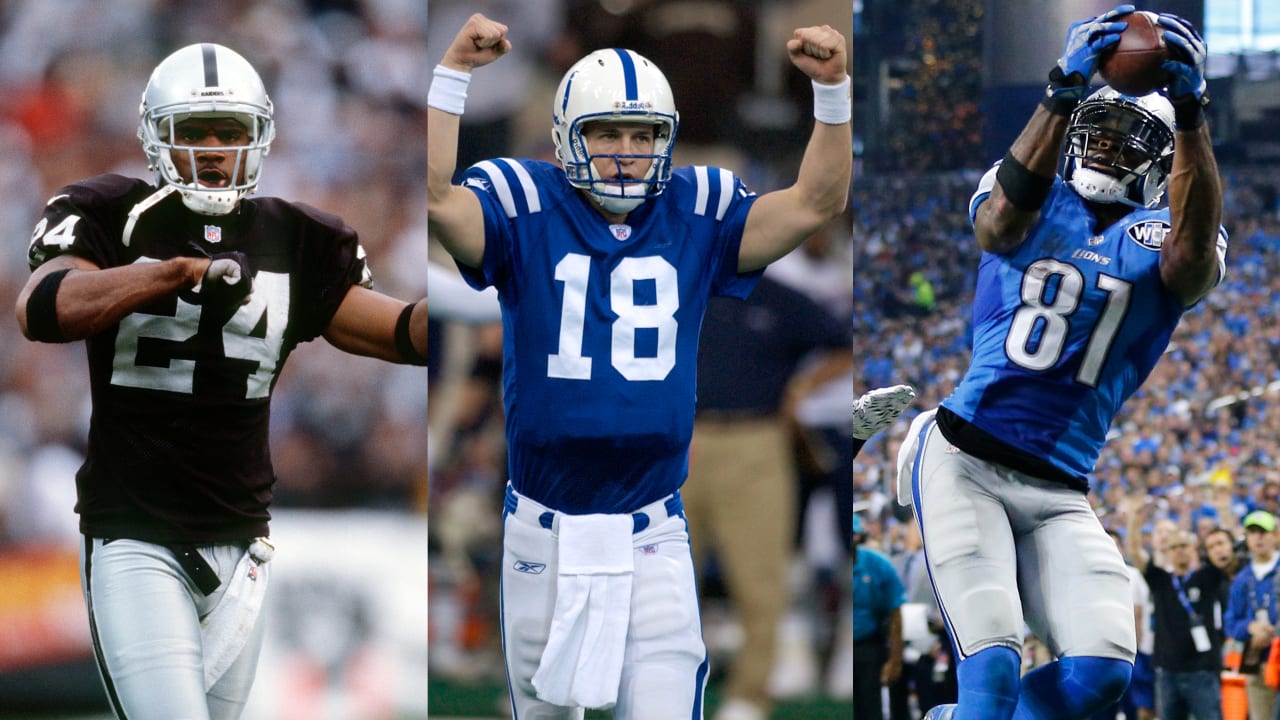 On the night before Super Bowl LV, which features one sure-fire Hall of Fame QB and another signal-caller 18 years his junior on pace for a place in Canton, the Pro Football Hall of Fame Class of 2021 was revealed at NFL Honors.

The rolling announcement of inductees took place over a two-hour window. Below are the names of the Class of 2021:

Peyton Manning: When the Hall of Fame Selection Committee met in January to nominate this year’s inductees, Colts beat writer Mike Chappell spent no more than 13 seconds pleading Manning’s case. And why not? What more do you say about the quarterback who’s accomplished everything? The No. 1 pick of the 1998 draft by the Colts, Manning “changed the skyline” in Indianapolis, as David Letterman once put it. The son of Archie and the brother of Eli made a name for himself as the ultimate field general at the line of scrimmage, reading defenses with ease, changing plays under center and directing and re-directing his teammates, such as Hall of Famers ﻿Marvin Harrison﻿ and ﻿Edgerrin James﻿, Reggie Wayne and ﻿Demaryius Thomas﻿, in real time. A 14-time Pro Bowler, seven-time first-team All-Pro and five-time NFL MVP, Manning long saw the Lombardi Trophy elude his grasp, instead watching his rival ﻿Tom Brady﻿ claim it early and often in the 2000s. But Manning finally won a Super Bowl in 2006 (XLI) and made another three years later. After sitting out an entire season with a neck injury, Manning joined the Broncos in free agency in 2012. In Denver, he won Comeback Player of the Year, set the single-season passing TD record (55) in 2013 and helped lead the Broncos to a victory in Super Bowl 50, becoming the only starting QB to win Super Bowls with two different franchises. Manning ranks in the top five of numerous categories: wins (200, second), passing yards (71,940, third), passing TDs (539, third), completions (6,125, fourth) and game-winning drives (54, first). A Walter Payton Man of the Year to boot, Manning’s legacy on and off the field is incalculable, but this gold jacket was inevitable.

Of Football Fields and Battlefields – SportTechie