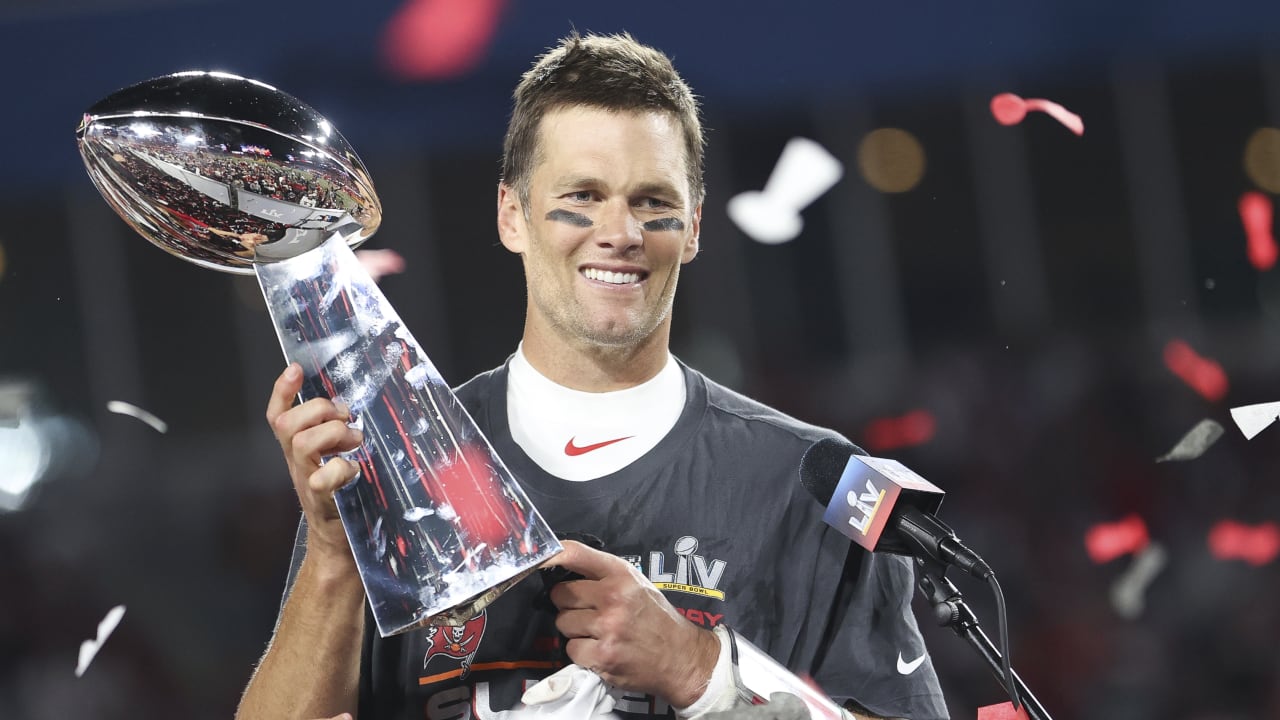 Maybe we should have seen this coming.

In retrospect, after the 269th and final game of a surreal season in which none of those games were promised, it was wrong to assume that a world turned upside down could alter the mighty arc of a football inevitability.

Late Sunday night, living legend and Super Bowl LV Most Valuable Player ﻿Tom Brady﻿ stood on the podium at Raymond James Stadium, amid a sea of confetti covering the Tampa Bay Buccaneers’ home field, and rhetorically asked his teammates, “I think we all knew this was gonna happen tonight, didn’t we?”

The 43-year-old quarterback, having just won his seventh championship in emphatic fashion, was ostensibly being interviewed by CBS broadcaster Jim Nantz — but in that moment, he was speaking to all of us.

Though the Buccaneers went into Super Bowl LV as underdogs, as they had in each of their previous two playoff games, Brady and his teammates evidently expected to be hoisting the Lombardi Trophy at night’s end. Whether they envisioned a victory of this scope — a 31-9 bludgeoning of the defending champion Kansas City Chiefs and their young supernova of a quarterback, ﻿Patrick Mahomes﻿ — wasn’t entirely clear.

Years from now, when COVID-19 is hopefully long removed from global-pandemic status and football fans marvel at the fact that the 2020 NFL season was completed on schedule and in its entirety, Brady’s premonition will probably make a lot more sense.

Know this: It was never going to be easy. When Brady, after electing to end a two-decade run of brilliance with the New England Patriots, made the fateful decision to sign with the Bucs, it created a challenging set of circumstances, even for a leader and competitor of his magnitude. Adjusting to a new offense with new terminology and new teammates would be tricky. When the pandemic wiped out the offseason, and the preseason games, and made day-to-day functioning a taxing endeavor for everyone concerned, Brady’s degree of difficulty grew exponentially.

Predictably, Brady and the Bucs took awhile to gel. In late November at Raymond James Stadium, they fell behind early to the Chiefs, suffered a 27-24 defeat and dropped to 7-5 heading into their bye week. After that, their margin for error was hauntingly small.

And what happened? They rallied to win eight games in a row, including three road playoff triumphs — and then proceeded to blow the Chiefs off their home field on both sides of the ball. And Brady, the greatest winner in the history of the sport, celebrated under the confetti as if it were his birthright.

How did we get here? How did we even start? Let’s go back to Sept. 9, the day before the Chiefs would open the season against the Houston Texans. On that afternoon, I texted Kansas City coach Andy Reid to get his thoughts.

“I’m glad we are getting started,” Reid replied. “A month or two ago I wasn’t sure we would have a chance.”

He wasn’t alone: Virtually every coach, general manager, owner and player I talked to in the months leading up to that Thursday night opener expressed similar skepticism. With COVID-19 raging out of control, not to mention the national unrest in the wake of George Floyd’s murder (and the resulting protests against police brutality and racial injustice), nothing about the 2020 season seemed like a given.

On that Thursday night in Kansas City, players and coaches from both teams — including Mahomes and the Texans’ young star quarterback, ﻿Deshaun Watson﻿ — linked arms at midfield for a moment of racial unity. Some of the fans at Arrowhead Stadium booed, setting a disquieting tone for the start of a marathon with an uncertain finish line.

There were plenty of roadblocks, but somehow the games went on. Postponements happened, and stars were sidelined by the virus (whether actually ill or exposed to others who were), but none of the contingency plans that would have extended the regular season ended up having to be implemented. And by Thanksgiving, it was apparent that despite the horrific toll the pandemic was taking on the nation, many of us had much for which to be grateful.

Will COVID-19 make the NFL a not-for-long league? Players will decide – The Arizona Republic