Players from five different nations scored for NTT Communications on Saturday as the Shining Arcs opened the final Japan Rugby Top League season with a 41-13 win over Honda Heat.

Laidlaw finished the day with a try, a penalty goal and two conversions to his name, and directed traffic well on his Top League debut. But he would be the first to say he was helped greatly by the industrious work of South African Willie Britz, who was named man of the match for his efforts in the NTT back row.

However, the presence of so many foreign-born players was not without its problems.

The game was held up for some time after a Head Injury Assessment caused confusion over the number of non-Japanese allowed on the field. After much discussion with the officials, who were seemingly unsure of what to do, NTT opted to temporarily take Smith off the field — to allow Sekonaia Pole onto the field as a replacement hooker — forcing Laidlaw to move from 9 to 10 for a short spell. 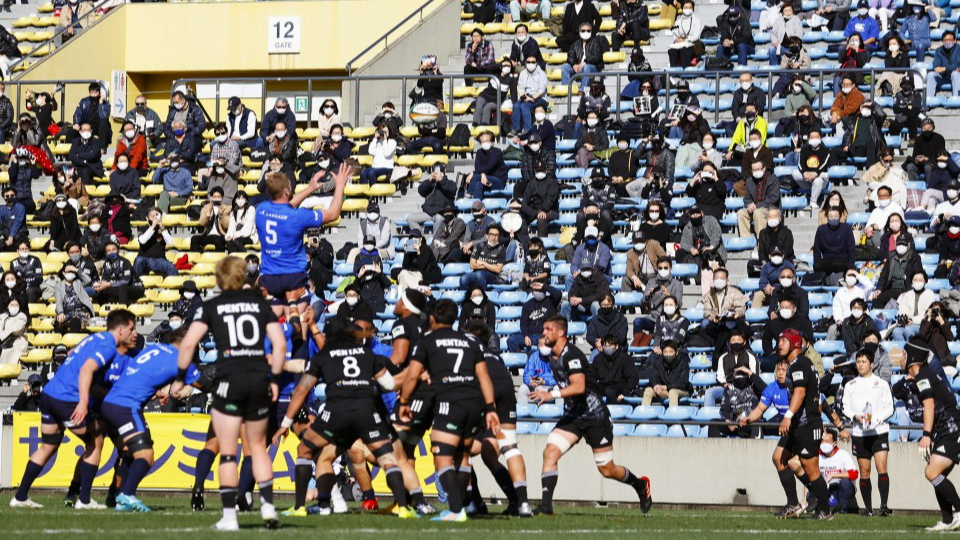 In a game with four of the world’s finest back-row forwards, Toyota Verblitz, with former New Zealand captain Kieran Read and Australia skipper Michael Hooper, held on for a 34-33 win over Toshiba Brave Lupus, for whom Japan captain Michael Leitch and ex-All Black Matt Todd both scored tries.

Willie le Roux, a member of the South Africa side that won the 2019 Rugby World Cup, scored a try for Toyota as did former Japan sevens star Jamie Henry.

“It’s exciting to play in a competition with so many great players and help the Japanese rugby scene, which is booming after the World Cup,” Read said after the game.

Former All Black Ben Smith marked his debut for Kobe Kobelco Steelers with a try as the reigning champions beat NEC Green Rockets 47-38. But the 2015 Rugby World Cup winner and his teammates were forced to work much harder for the win than many expected.

No. 8 Lui Naeata and wing Rakuhei Yamashita both gave notice they are in form should Japan play some tests later in the year by scoring two tries apiece, and there were further five pointers from Tongan-born Japan prop Iseleli Nakajima and Samoan-born Japan center Tim Lafaele.

Former England back Alex Goode, who is on loan from Premiership side Saracens, kicked eight points for NEC.

Parkes was one of six try scorers for Panasonic, but it was some locally produced talent that grabbed the headlines with rising star Shota Fukui scoring a try and man-of-the-match Rikiya Matsuda kicking seven conversions and two penalty goals.

Yuta Imamura, who played for Japan at the 2007 and 2011 World Cups, grabbed a consolation effort for the Blues.

This season’s revised format — due to earlier COVID infections at multiple clubs — sees the 16 teams initially split into two groups of eight for a single round-robin tournament to determine the seedings. They will then be joined by the Top Challenge League’s four leading teams in a 20-team knockout competition to determine the last-ever Top League champion.