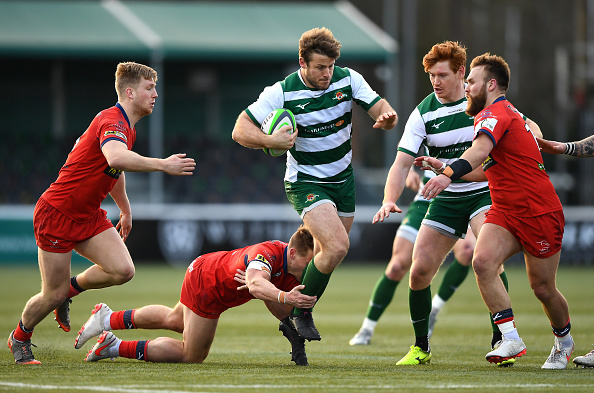 A little over one year ago, when you Championship rugby promotion was a season goal and fans could watch a rugby match in the stadium, the RFU announced that funding for the Greene King Championship would be cut by almost half.

A few weeks after that, the season was suspended in mid-March [by the pandemic] and subsequently cancelled. Championship clubs have not played a league game since. Several clubs suggested then, they would not be able to restart without crowds, and one, London Scottish, have stuck by that. So the fact that the season start is now here, and a team will gain Championship Rugby promotion in 2020/21, nearly a year since the last round of fixtures, is pretty remarkable. But what will the season look like?

6 days to go until the start of the new season… pic.twitter.com/otLKu7XJtR

The competition was able to go ahead thanks to the Winter Sports Survival Package, financial support provided by the UK Government. This allows team to pay for the Covid-19 testing that is needed for elite sport to take place. As mentioned, London Scottish chose not to take part in this season for financial reasons. Therefore there will be 11 teams in the league. There will also be no relegation to National League One.

The league was initially due to be split into two conferences. Now, all teams will play each other once, over 11 rounds. This provides a bye week for one club each round; there are also three reserve weekends built into the schedule, allowing for some flexibility if there is any covid disruption.

The eventual winner of the league will be decided through a two-legged play-off final, between the top two sides after the 11 rounds. This will likely be Saracens vs Ealing Trailfinders, and the results of the Trailfinders Cup suggest it won’t be as easy for Saracens as first assumed.

Future of the Greene King Championship

It will be a credit to the clubs if a meaningful season is played out, given the financial hardship imposed by Covid disruption and the RFU. It is surprising that, eventually, only one team decided not to participate. By only being offered loans, clubs are taking on even more debt when they are still at least a couple of months away from any prospect of crowds returning. And remember, these are not large, wealthy clubs. Ealing, by far the only club with any prospect of becoming a viable Premiership club, struggle to attract over 1000 people through the gates.

The recent relegation suspension in the Premiership has brought the ring-fencing debate to the fore again. There was no other alternative to this decision after the cancelled match points allocation system was devised.  It was surely foreseeable that awarding teams who ultimately caused the cancellation of games more points than a team who plays and loses by one point was grossly unfair.

The lack of Premiership relegation does not affect Championship Rugby promotion, for this season at least.  If Saracens gain promotion, all 13 Premiership shareholders will be in the league at the same time, for the first time. Some say that this is PRL’s real motivation, to bring in ringfencing by stealth. They could well be right. We will probably only find out if Saracens do not win the Championship. Would they really be left in the second tier for another season, given the implications on the England team?

The lack of Championship action for a year has meant several players have taken their chances with Premiership clubs. Many were taken on loan or short-term deals. Naturally, those who performed well, such as Kyle Moyle, have been snapped up permanently. Therefore clubs have lost their best talent, with limited ability to replace them.  So what chance ambitious clubs like Cornish Pirates, Coventry and Jersey Reds to continue to compete in the Championship, let alone the Premiership?

✍️ Gloucester Rugby is delighted to announce that Kyle Moyle has signed a permanent deal to remain at Kingsholm.

Great to have you sticking around, @Moyler46 🙌

Whilst virtually no-one wants to cut off the pipeline for “the next Exeter”, there has to be some realisation that no club bar Ealing are remotely ready to play in the Premiership. Certainly, not while the Championship is sidelined as essentially a Premiership feeder competition.  Hopefully it will show itself over the coming months as a competition worth investing in, and a vital part of the professional game.