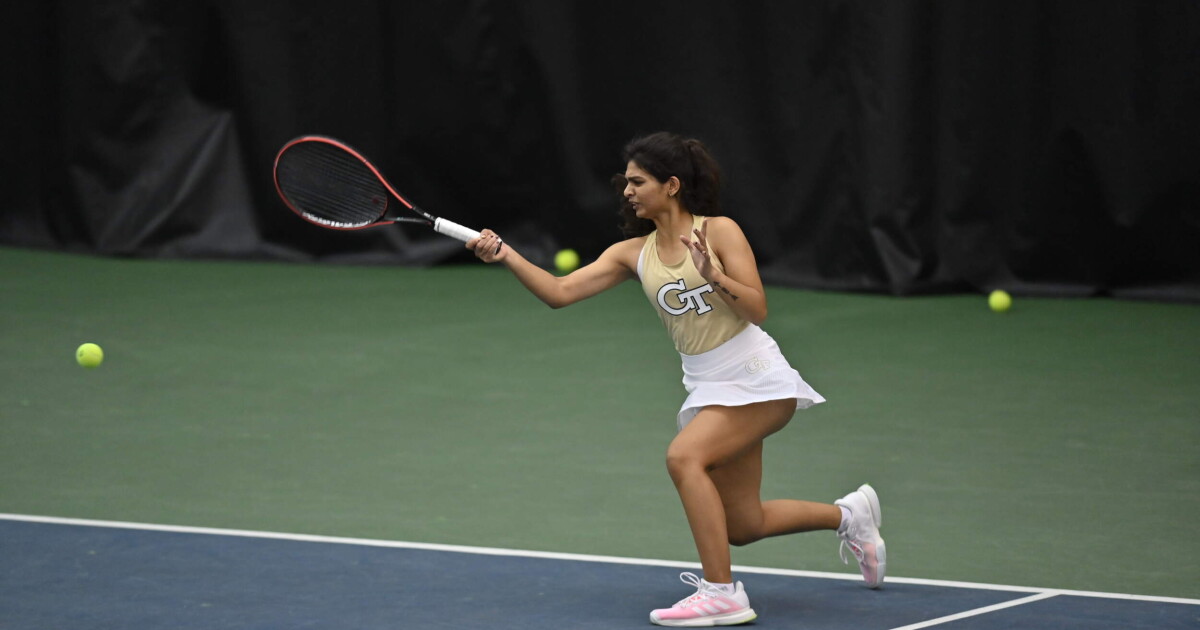 THE FLATS – The 13th-ranked Georgia Tech women’s tennis team returns to action this weekend with a pair of road matches. The Yellow Jackets will visit No. 32 Wake Forest and No. 11 NC State on Saturday and Sunday, respectively.

THE SCENE: Georgia Tech (9-5, 2-1 ACC) is coming off its first ACC road win of the season at Clemson last weekend. The Jackets won the doubles point and three singles matches to take their second league. Senior Victoria Flores boasts a 10-1 dual record in singles play and is 2-1 against ACC opponents.

Wake Forest (4-5, 0-2 ACC) has opened ACC play with a pair of losses against NC State and Florida State. The Demon Deacons seek their first conference win of the season this weekend. Wake Forest leads the all-time series against Tech, 22-19, but the Jackets have taken 10 of the past 11 meetings.

NC State (6-2, 1-1 ACC) swept Wake Forest to open the conference slate before falling at Florida State, 5-2, most recently. The Wolfpack host Clemson on Saturday before welcoming the Jackets on Sunday. Anna Rogers leads NC State from the top singles position and boasts an 11-1 overall mark, including a 6-1 dual record. Georgia Tech leads the all-time series against NC State, 31-13, but the Wolfpack snapped a 22-match win streak last year, capturing a 4-3 decision in Atlanta.