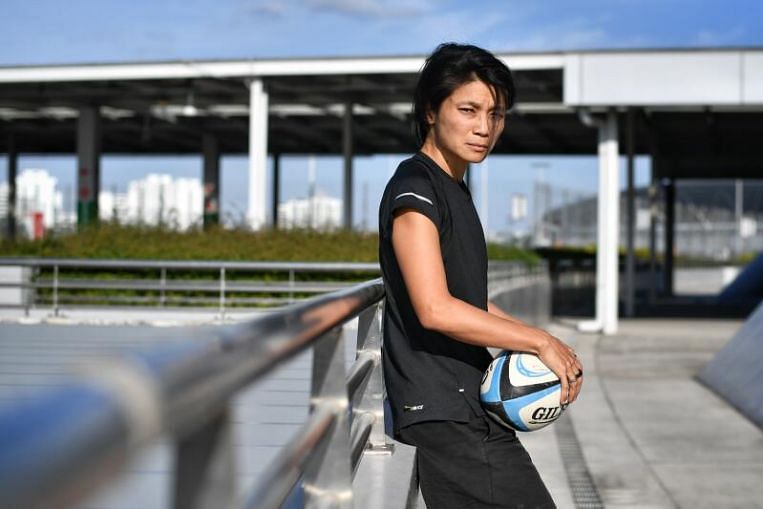 It did not matter to them that it was a women’s game and that was an encouraging sign for the former national player, who is also a judicial officer with the Singapore Rugby Union, Asia Rugby and World Rugby, as well as a coach educator with World Rugby.

She said: “When the boys had genuine appreciation for the game that was played with skill and panache without regard for gender or without qualifications, I felt at that point that this is the way it should be.”

What she witnessed at the Turf City pitch that day is perhaps indicative of the progress that is being made in rugby globally.

The 44-year-old, who has a background in law, believes that rugby’s inclusion in the 2016 Rio Olympics has accelerated the push for gender equality in the sport internationally in the past six to eight years, pointing to the appointment of more female officials in the game.

In fact, Wang, who was the women’s national team coach from 2015 to 2019, is one of them. She became the first Singaporean to sit on any World Rugby advisory committee in 2016 when she was invited to join the international governing body’s newly formed women’s advisory committee.

Earlier that year, Wang was the sole judicial officer for the men’s and women’s rugby sevens competitions at the Olympics.

In 2019, she was one of two women selected as a judicial chair for the Rugby World Cup in Japan and she was also the only Asian member of the tournament’s disciplinary team.

She said: “Sometimes we think that there are all these arguments in women’s soccer about equal pay, girls not being as skilled as the boys but maybe we need to recognise that it’s not about equality, it’s about equity. If you give equally, there’s still going to be a gap.”

Wang, who became team lead of Sport Singapore’s safe sport taskforce last year, hopes that one day the appointment of women in positions of power will no longer be considered groundbreaking, but understood why it was important to celebrate such instances as milestones now.

She said: “Women are increasingly being appointed as officials in the men’s rugby games, not for the sake of tokenism but because they deserve to be selected on merit.

“For now, to me it’s important that females continue to be celebrated for this reason and in a few years maybe no one will bat an eyelid at female officials in men’s games, just as we don’t think twice about male officials in women’s games. Then we would have arrived at true parity.”