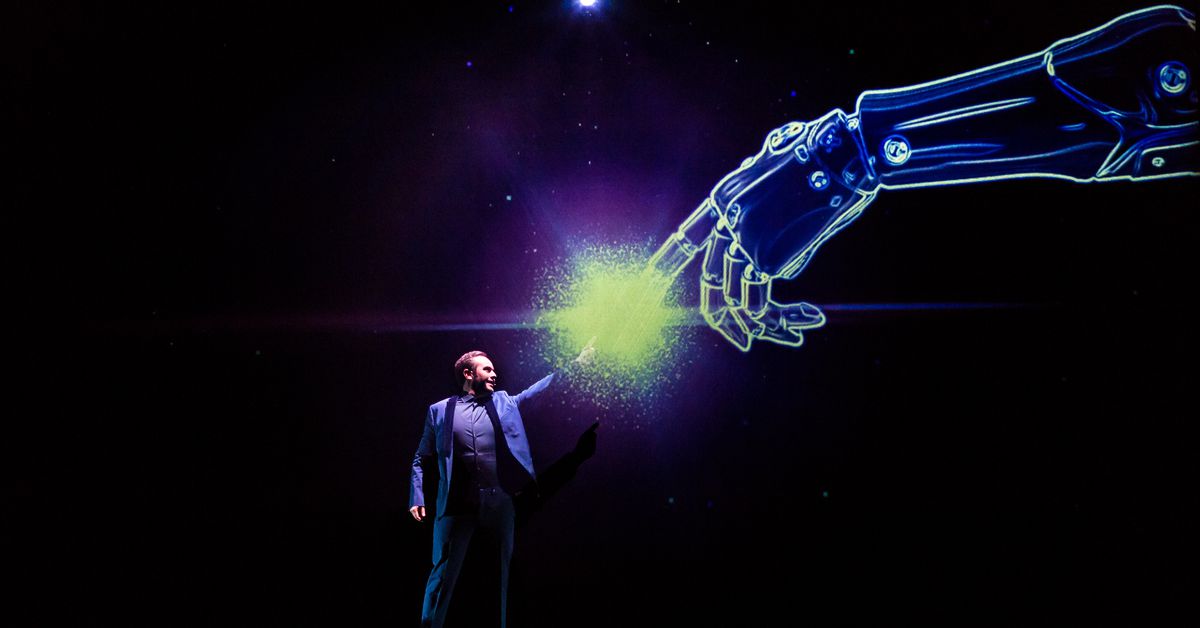 I’ve been binging Penn & Teller’s Fool Us on YouTube lately. I tried to think of the last time I watched anything magic related.

It has been a while.

Though after stumbling upon clips of this show I can say that I absolutely miss it. There is something, well magical, about magic. You know that it’s “fake.” You know that they are distracting you in some way or slipping something right past you or whatever it may be. But since you don’t know how they are actually doing it, the feeling of “magic” still remains.

It’s a feeling of joy that has been missing in some form or fashion. I suggest revisiting magic yourself. Last night I showed my wife and kids this clip from Fool Us.

Again, we know there are tricks to the trade. During the clip I glanced over to look at my wife and kids while they watched it and the facial expressions were awesome. Smiles from ear to ear.

Audible sounds from my seven year old saying things like “WHAT.”

After watching several other clips, which I have put at the bottom, my seven year old kept saying that he wants to know how they do it.

If you ever see a spectacular magic trick and then learn how they do it, you will be extremely disappointed. Worse, though, is that it takes the “magic” feeling away.

So what does this have to do with Nebraska football?

Prior to working for this site there was a feeling of “magic” or “awe” surrounding the program. I mean this particularly on gameday. This was true even when we were losing. The only time I ever got to see the faces or hear the voices of the coaches and players were on TV or radio. They might as well could have been in a different country.

I had a few interactions with Nebraska football players in college. One was a particular offensive lineman in 2004, I literally just walked into a house party and he looked at me and started screaming at me to GTFO or he was going to come over and well…not be nice. I was stunned as was everybody around me. I simply backed out and walked away. It was bizarre.

Another was a third string quarterback at another house party. He was about to leave but the other students there begged him not to go. To try and persuade him they handed him a case of beer (Busch Light or Bud Light) for him to have all to his self. It was bizarre. The quarterback ended up throwing a bunch of interceptions in a loss later that season.

That changed in Scott Frost’s first season when I took the opportunity to cover the games at Memorial Stadium as a credentialed member of the media. It was an extremely interesting experience. It let me see things behind the curtain that I think most people would enjoy.

Unfortunately, my time as a “member of the media” has taken the child-like magic or aura of Nebraska football away from me. I didn’t notice anything bad or untoward about what was going on, in fact, it was the opposite.

It is a lot like a magic trick. Once you learn the secret of how things work behind the curtain you realize that a lot of what happens behind the scenes are rather simplistic and mundane.

What is the most disappointed you have ever been with a film? Doesn’t even have to be that the film was awful or the worst ever, just one that you wanted to see so much and it completely let you down.

I think for me it is Star Wars: Episode 1 – The Phantom Menace.

Chatelain: One year later, remembering the craziest, scariest 24 hours in local sports history | Sports News | omaha.com
We remember the overwhelming fear we felt one year ago. From Fred Hoiberg’s health scare to the cancellation of March Madness and the CWS.

Nebraska Women’s Basketball Puts a Scare in Maryland but Loses 83-73 – Corn Nation
The Huskers had a lead early in the fourth quarter, but a scoring drought doomed their chance for the upset

Steven M. Sipple: Osborne doesn’t expect a ‘thank you,’ but former players make it a point | Column | journalstar.com
Mike Osborne has noticed something as it pertains to his famous father, Tom Osborne. That is, his father isn’t necessarily famous among young people.

Visualize a year of pandemic life, as told by things we Googled | Popular Science
Google Trends data reveals some interesting patterns in the things we’ve been searching for over the past year.

A billion years from now, a lack of oxygen will wipe out life on Earth
Earth will not be able to support and sustain life forever. Our oxygen-rich atmosphere may only last another billion years, according to a new study in Nature Geoscience.

The Best Things I Saw On The Internet This Week

There are all-time NBA greats playing in this game and it is ugly. This is worth watching for Wilt Chamberlain’s free throws alone.

Back to Business: Football Camp 9/17 & 9/18 – University of Maryland Athletics – UMTerps.com

Who are the Springfield area’s biggest high school football surprises so far in 2020? – News-Leader