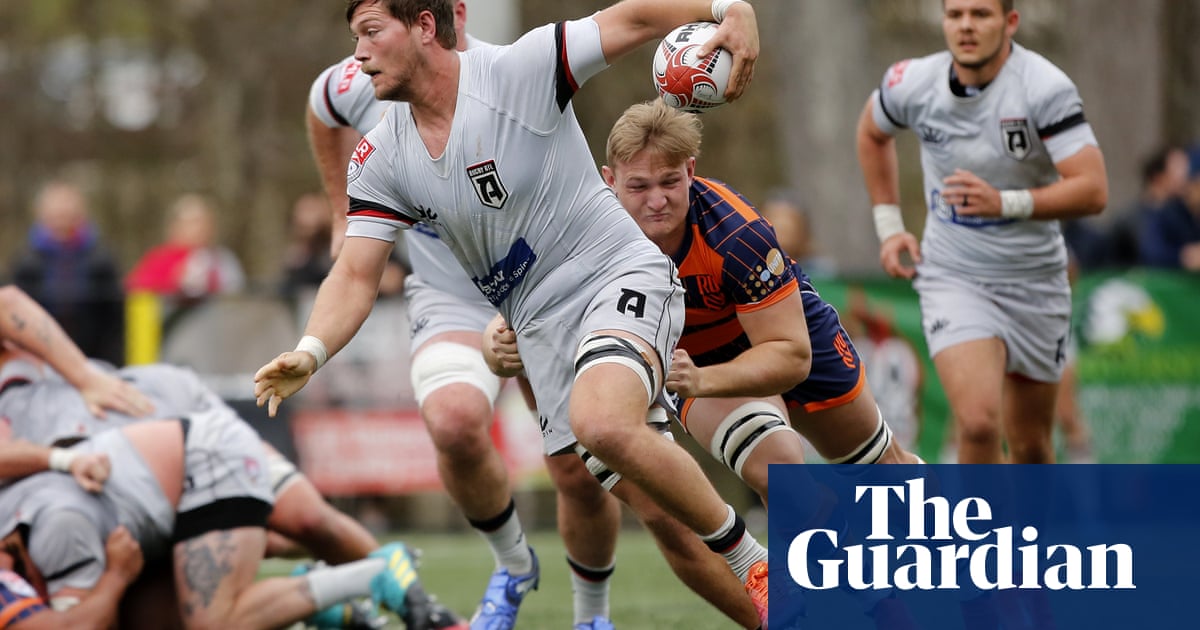 The fourth season of Major League Rugby will kick-off with Old Glory DC versus NOLA Gold on Saturday 20 March. Pandemic notwithstanding, league commissioner George Killebrew is feeling bullish. Under a new deal, action and other content will be available to fans in North America via the RugbyPass online platform.

“The primary objective is to broaden and deepen a fan base for the sport in the US,” Killebrew told the Guardian.

That objective will also be met, the commissioner hopes, via 16 live games on CBS Sports Network or, in the case of the championship game on 1 August, on “Big CBS” itself. Fox Sports will also show games with others landing on RugbyPass (disclaimer: the author of this article is also a columnist for RugbyPass), in a venture branded as The Rugby Network.

RugbyPass is owned by Sky New Zealand. In a statement, its chief executive, Neil Martin, said it aimed “to create a community of rugby fans and remove the hurdles they face across North America by providing them with the best news, highlights, podcasts, live matches and live blog feeds.”

MLR kicked off in 2018. The Seattle Seawolves won the first championship game against the Glendale Raptors – a Colorado team now departed and attempting instead to turn crossover talent to gold – and then the second against the San Diego Legion, now employers of the former England captain Chris Robshaw. Those two seasons made MLR known to a curious world, before season three was cut short by Covid-19.

The value of CBS airtime is immense but as sports TV executive Patrick Crakes told the Guardian in October: “Even if a tier-one sports broadcaster likes CBS really believes in MLR, they’ll still have to buy the time. They’re an emerging league. That’s just the way it is.”

Killebrew said: “If you’re on one of the big boy platforms and you’re not the strongest content, you get lost. Now, we can control our own destiny. The Rugby Network will be the No1 marketing initiative for this league, because it has the biggest upside. And I guess part of the best news for the fans, you know, is it’s free.”

Viewers elsewhere will be able to follow and watch MLR on social media, Killebrew said.

Staging and growing pro rugby in the US is not free, of course. MLR has had its struggles. The RugbyPass deal is another “pretty expensive endeavour”, Killebrew said, “but everybody sees the need for us to start doing these kinds of things, and control our own destiny and our control our messaging a bit and and really be more fan-friendly.”

To fans, players, owners and officials, the main challenge is existential in every sense of the word. Looking ahead to 1 August, by which time the Biden administration has said US vaccine access should be near-universal, Killebrew said: “If we actually get to that day, and the Western Conference finalists and the Eastern Conference finalists are playing each other, live on CBS … with Covid and everything else that’s going on? I will deem that a successful year.”

France v Scotland in the Six Nations recently fell victim to positive tests in the French squad. Killebrew said MLR was prepared for games to be delayed or not played, should circumstances conspire.

The 12 teams are preparing according to state rules on testing, quarantine and more. As a source with Rugby United New York indicated – between clearing repeated dumps of snow from a new training field in Jersey City – this can get tricky. MLR has teams in seven states, the District of Columbia (Old Glory, who will play in Virginia) and Canada.

“Our 13th team,” Killebrew said, “Dallas, is going to postpone its expansion season until [2022] which is probably a very good idea … it’s not a good time to launch a professional sports franchise.”

In fact the MLR franchise in Los Angeles, the contentiously named Giltinis, are also brand new but like the players and staff at RUNY they are ploughing ahead, signing the 121-cap Australia wing Adam Ashley-Cooper and Matt Giteau, 103 caps of Wallaby fly-half. Both played a warm-up game last weekend, in Texas against the Austin Gilgronis, as the moniker suggests the second team owned by, and named for, the Australian fitness entrepreneur Adam Gilchrist.

California, like New York, is subject to strict Covid rules. Other states, less so.

“In some areas of the country where we’re doing pretty well,” Killebrew said, pointing to southern and western states which are are nothing like so restrictive. “So for our Texas teams [Houston and Austin], in Louisiana [NOLA], we can have have fans in the stands up to a certain percentage.

“It could’ve been very easy for either of those teams to say, ‘Hey guys, you know, I may have to sit out this year.’”

Furthermore, he says, “Old Glory in Washington DC, they’ll be able to play in front of at least 1,000 fans. So you know things evolve on a daily basis.”

Women’s rugby commentary: there is no better time for a paradigm shift – Huge Rugby News