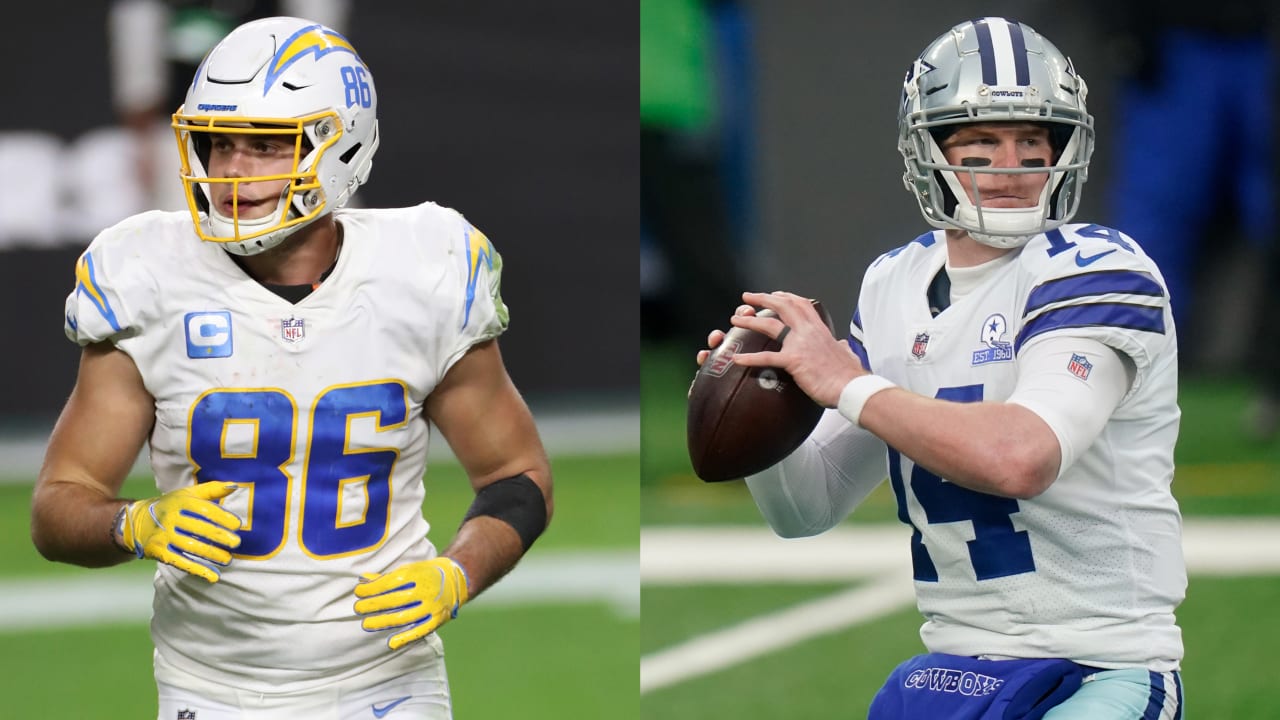 Washington Football Team fans and fantasy football enthusiasts: No one makes a mediocre team more fun to root for than ﻿Ryan Fitzpatrick﻿. No one will juice the stats put up by his new teammates more quickly, either, because Fitzpatrick isn’t about that throw-away life.

The size of the one-year contract Fitzpatrick agreed to — $10 million, with incentives for more — indicates Fitzpatrick is the heavy favorite to start over ﻿Taylor Heinicke﻿ and a possible rookie quarterback to be named later. The weapons in Washington are underrated, with ﻿Terry McLaurin﻿, ﻿Antonio Gibson﻿ and ﻿Logan Thomas﻿ comprising a nice trio to start with. If Washington adds another playmaker to the mix with intriguing role players ﻿Kelvin Harmon﻿ and ﻿Cam Sims﻿, offensive coordinator Scott Turner will be cooking with gas.

This is still a defense-first team, led by the defensive line and coach Ron Rivera. Washington scraped out seven wins playing around its quarterbacks last year, and Fitzpatrick qualifies as an upgrade. I’m still not sure Washington will top seven wins in 2021, but they will have better numbers and be more fun to watch.

Browns general manager Andrew Berry’s stealth additions: As ﻿Baker Mayfield﻿ and Lil Wayne have noted, real G’s move in silence like lasagna. The Browns have done a nice job over the first two days of free agency, even if they didn’t make big headlines.

Former Rams safety John Johnson is signing for a reasonable price (three years, $33.75 million), adding smarts and versatility to a safety group that desperately needed help. The Browns’ pickup of former Falcons first-round pick Takk McKinley on Tuesday (one year, $4 million) was just the type of low-risk, high-reward move I like in free agency. McKinley has the juice to be a great third pass rusher, if not more.

Josh McDaniels’ flexibility: The Patriots’ offense has fallen a long way since they rocked the league with ﻿Rob Gronkowski﻿ and Aaron Hernandez a decade ago. Bill Belichick and McDaniels loved the unpredictability that the two-tight-end sets provided, along with the ability to play hurry-up without changing personnel. But in 2020, no team played with two tight ends less than the Patriots did — and no team was less effective.

That will change dramatically after the Patriots agreed to terms with ﻿Hunter Henry﻿ on a contract (three years, $37.5 million) that looks a lot like the one fellow tight end ﻿Jonnu Smith﻿ agreed to (four years, $50 million) on Monday. I’ve already outlined why paying premium prices for upper-middle class players is a bad sign for the Patriots, but Henry gives the team more firepower. If Smith is a poor man’s young Gronk, Henry can make plays down the field like Hernandez once did. This is Belichick’s way of admitting even more draft mistakes, as the team used two third-round picks at the position last year, selecting ﻿Devin Asiasi﻿ (two catches, 39 yards, one TD) and ﻿Dalton Keene﻿ (three catches, 16 yards). This entire spending spree seems to be largely about covering up Belichick’s draft miscues.

Versatility is always the key for Patriots pickups. Henry can line up next to a tackle, in the slot or out wide. The team’s wideout acquisitions (﻿Nelson Agholor﻿ and ﻿Kendrick Bourne﻿) can similarly move inside and out. After a season when ﻿Jakobi Meyers﻿ was easily the team’s best receiving option, there should be far more open targets in 2021 for ﻿Cam Newton﻿ or a rookie quarterback to throw to. It’d be hard to find less.