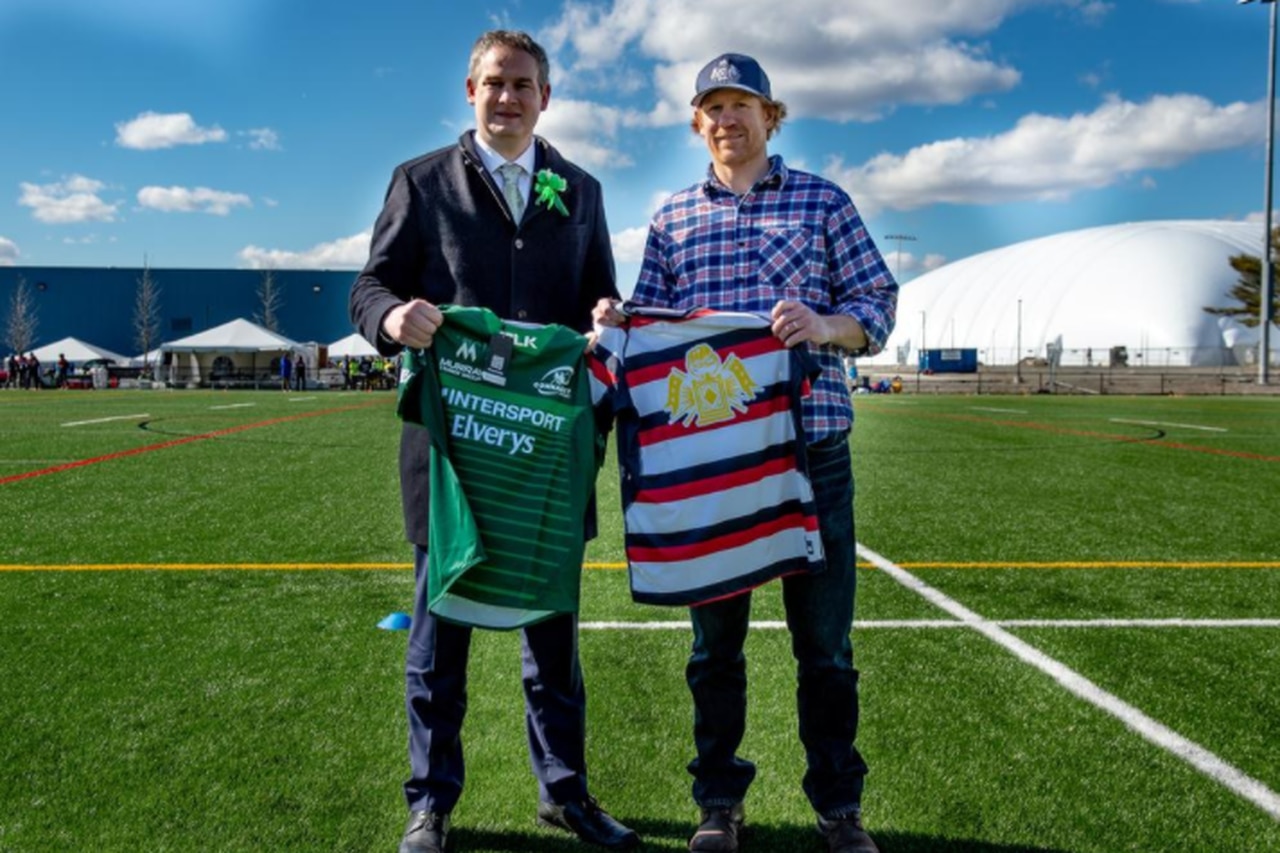 This article first appeared on the Boston Business Journal’s website.

Massachusetts rugby fans will have the chance to see the region’s first professional team play this Saturday, with the first home game expected in just two weeks.

The New England Free Jacks, whose first game of the season is Saturday, March 19, in Los Angeles, was founded last year as part of the Major League Rugby, now in its fourth season. But the team’s first season was cut short by the pandemic after five road matches, just before its home debut last year.

This year on April 3 will be the Free Jacks’ home opener, when its game in the 6,040-seat stadium at Union Point in Weymouth will be played and aired on national TV via CBS Sports Network. With the state now allowing people to attend sports events, the April 3 game is capacity for the grounds and 1,200 season-tickets already sold, according to Free Jacks CEO and co-founder Alex Magleby, a former Dartmouth College rugby player and coach.

In late February, the Free Jacks announced a marketing and business partnership with Delta Air Lines, which will serve as a title sponsor of the Lantern Suite, a 200-person hospitality space at Union Point Stadium.

Delta, which is one of the largest carriers at Boston’s Logan Airport, also plans to partner with the franchise’s future rugby foundation, which is expected to be aimed at increasing access to the sport in New England. The team also signed a deal with Heritage Sports Ventures, the local boutique sports-business agency, to help sign up additional corporate partnerships.

League sponsors include American Airlines, OFX and The Gem Garden.

“Certainly, Boston, New England — they’re very global. And there’s a fan base here that’s either seen it through the American college landscape or they’ve been on international assignments for business, or they’re here in the United States from one of the traditional rugby-playing countries,” said Magleby.

The CEO added that the team is seeing additional interest in tickets and sponsorships from the Boston area’s life sciences companies, which hire many international workers.

Magleby said the goal is to grow the level of participation in the region from youth “flag rugby” to full-contact rugby at the middle and high school levels through college and club-level rugby. The league hosts more than a dozen regional training groups, including a Free Jacks Academy to develop boys and girls rugby across New England.

The team has also managed a pub-partners program, signing up a network of pubs around New England for fans to gather and watch Major League Rugby matches together. The goal for its first season was to sign up 60 pubs, Magleby said, and the Free Jacks had 20 pubs signed up when the season was cut short just five matches in.

“Live events are really important for us,” Magelby said, “but just as important are those mini, micro events”