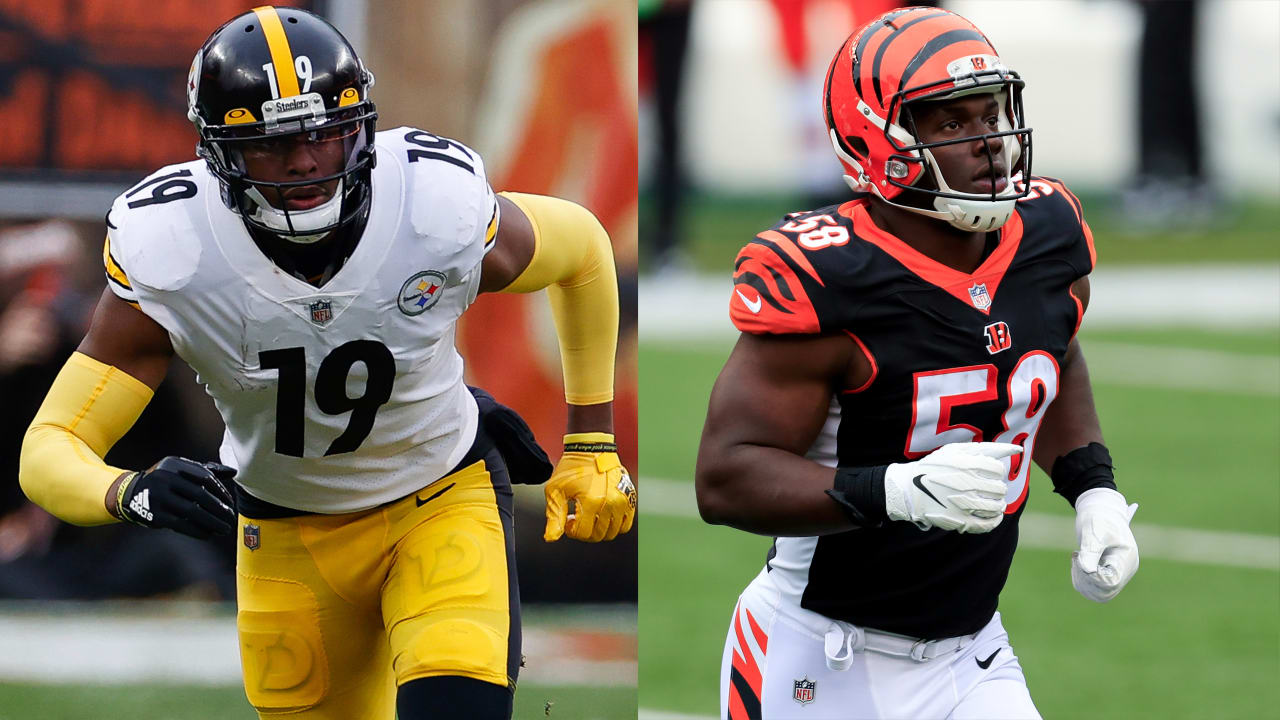 ﻿Trent Williams﻿ returning to San Francisco: The No. 1 player on my Top 101 list deserves his own section. Peeking under the hood of Williams’ record-setting deal, the $45 million in guarantees he received is fair for such a difference-maker. It could easily turn into a three-year, $60 million contract, or a four-year, $80 million contract, which sounds plenty reasonable. The price of left tackles will likely skyrocket by then. (If the 32-year-old Williams gets to Years 5 and 6, consider that a major victory for both sides.)

﻿JuJu Smith-Schuster﻿ going back to Pittsburgh: So many of the best signings of the last week were re-signings. There is no mystery as to how Smith-Schuster fits in Pittsburgh, and the Steelers know better than any team the 24-year-old receiver is more than worthy of a one-year, $8 million contract. The Steelers valued JuJu so much they reportedly let another starting veteran (cornerback ﻿Steven Nelson﻿) look for a trade out of town to make room on their cap-strapped roster.

It seems like JuJu is among the most misunderstood players in the NFL. Yes, ﻿Antonio Brown﻿ was right that his ex-teammate isn’t a true No. 1 receiver. But if you need someone to make a tough grab over the middle, block in the running game or break a tackle to pick up a first down, there are few more capable than Smith-Schuster. He has the reputation of a diva because he’s good at social media, but his play would fit in any era of football. With QB ﻿Ben Roethlisberger﻿ presumably in his final year in Pittsburgh, the Steelers’ offense may as well go for it.

Speaking of those re-signings: There is so much less risk when it comes to bringing quality players back in the fold. Re-signings don’t get the same attention as new additions, but I loved the Titans bringing back underrated linebacker ﻿Jayon Brown﻿ on a one-year, $5.3 million contract, despite Brown coming off an injury. Bills linebacker ﻿Matt Milano﻿ returned for a deal similar to what former All-Pro ﻿Lavonte David﻿ received in Tampa (Milano is getting $41.5 million over four years, with $21.5 million in the first two, per NFL Network’s Mike Garafolo, and David is getting $25 million over two), despite the 26-year-old Milano just entering his prime. ﻿Romeo Okwara﻿’s deal in Detroit (three years, $37 million), ﻿Jason Verrett﻿ returning to the 49ers (one year, $5.5 million, per NFL Network Insider Ian Rapoport) and ﻿Shelby Harris﻿ getting a long-term contract in Denver (three years, $27 million, per Rapoport and Garafolo) also made a lot of sense.

﻿Carl Lawson﻿ to the Jets: Lawson was my personal favorite of the edge rushers available. He fills a need for the Jets going back more than a decade, and he’s set up for success, playing next to ﻿Quinnen Williams﻿ in coach Robert Saleh’s scheme. Ultimately, I think he brings more juice to the pass rush than other, similarly priced signings like the Bengals’ ﻿Trey Hendrickson﻿, the Raiders’ ﻿Yannick Ngakoue﻿, the Patriots’ ﻿Matt Judon﻿ and the Lions’ Okwara. And if the Jets and I both happen to be wrong, Lawson’s three-year, $45 million contract could ultimately be for just two years and $30 million.

﻿DeSean Jackson﻿ to the Rams: The money doesn’t matter to me here. My football-watching life is just more fun with DeSean Jackson in it, and I’m not ready for the 34-year-old receiver to go out after two seasons lost to injury. He is the perfect pick for a low-risk, high-reward deal, because D-Jax always looks fast when he’s on the field, including on an 81-yard touchdown from ﻿Jalen Hurts﻿ in Week 16.

The Browns importing the Rams’ secondary: Safety John Johnson has been a leader and glue guy since entering the NFL in 2017. His three-year contract, including $24 million guaranteed, makes so much sense for Cleveland because the Browns were so poor at the position. I’d expect Johnson to see the end of this deal.

I always thought Johnson’s teammate in Los Angeles, ﻿Troy Hill﻿, was annually underrated with the Rams. He battles and will give up some plays, but the Browns got him under contract for $4.5 million guaranteed (per beat reporter Mary Kay Cabot). He essentially has a two-year deal worth $9 million, which is a bargain for a likely starting cornerback.