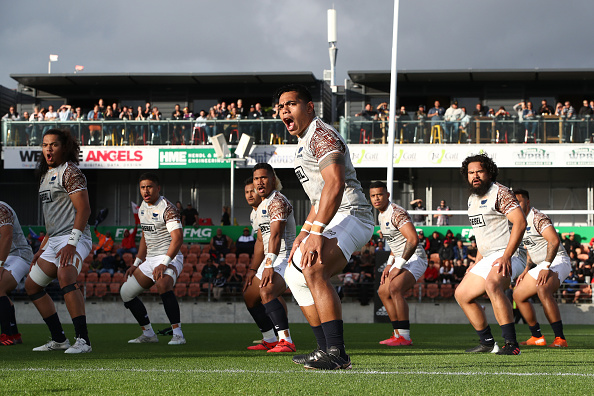 If the future of any Pacific Islands Super Rugby side(s) was in need of a secure platform. Then World Rugby has come to the rescue.

In a three-point plan that is being received positively in the Southern hemisphere. The governing body has advanced a package of financial and administrative support to help facilitate two teams joining Super Rugby from 2022.

Subject to New Zealand Rugby (NZR) Board approval and key conditions being met, the international federation’s Executive Committee has approved a £1.2m annual funding package for an initial three-year period to support the two franchises, Fijian Drua and Moana Pasifika. Both franchises will also be supported by their respective unions and private equity funding.

World Rugby General Manager, High-Performance Peter Horne has made a statement on the issue. He said, “we are committed to increasing sustainable global competitiveness in both the men’s and women’s game. By supporting these Super Rugby franchises, we are completing a meaningful competition pathway from local to national team level for Pacific Island players. This is entirely in line with the approach we have been taking in other strategically important markets such as North and South America, Japan and Europe.”

Fiji Rugby Union Chief Executive John O’Connor believes the development is one of the most important in the history of Fiji rugby. He said, “we are excited about the possibility of the Fijian Drua joining the Super Rugby competition in 2022. It will be a dream come true for not only Fiji rugby but for Pacific Island rugby. We have been urging for such an opportunity and it is almost in our grip.

“This is the missing piece to our rugby puzzle in the Pacific Islands and more importantly to Fiji rugby. Being included in Super Rugby completes our elite pathway and will allow our best players to have the opportunity to play professional rugby right here at home.

“We are not over the line yet. However, we are working very hard to meet all the requirements set by NZR, including strict financial diligence requirements by the end of March to satisfy the NZR Board that we will be able to field a strong team on the field and a sustainable and profitable franchise.”

And this is the sticking point on how many sides may be asked to join a future Super Rugby format. Just as much as World Rugby has good intentions, it cannot assure any prospective side will be part of the 2022 season. NZ Rugby, and SANZAAR are still the foremost stakeholders, along with Rugby Australia.

These sides have the backing of World Rugby and each national union 100% behind both of the side’s planning. All that is needed is authorization. Unclear, without a clear indication from New Zealand representatives. The Times understands that all the financial agreements are now in place for it to go ahead. Last Word on Rugby cannot say if those rumours are true.

No confirmation yet on 2022 Super Rugby format

New Zealand Rugby (NZR) announced that it was inviting teams to submit to join a new Super Rugby season. It was both a fresh perspective on a flawed competition. However, there was also a sense of arrogance. Disdain to begin with from Rugby Australia, it was also the leader to the major decision from South Africa, to leave Super Rugby for a future in the Guinness PRO14 competition.

So with the unsettled conditions, interested parties included Moana Pasifika and initially, Kanaloa Hawaii. Fiji Drua was a legitimate consideration. Even though they had won the Australian National Rugby competition. However , with the underwriting of World Rugby; and with Kanaloa albeit resigned to await Major League Rugby acceptance, there might be two Pacific Islands Super Rugby contenders from next season.

In years past, the idea of a wholly Pacifica rugby franchise was too expensive. That was as a self-funded model. Even with private equity still backing part of the bid. The all-important support from World Rugby should be the catalyst that holds one or both franchises as the best options in the proposed competition. Their base and squad make-up will be hard to judge. Tonga Rugby Union chief executive Peter Harding added: “The renewed HP investment from World Rugby is welcome news for Tonga rugby. The investment is key to nourishing the pathways to the ‘Ikale Tahi [and for other Pacific nations too].

I’m lost for words. @WorldRugby this will go beyond improving Pacific Island Rugby – it will change lives. Thank-you🙏😊 #veilomani https://t.co/QSrlBFSxkK

“The combination of this investment and the commitment of World Rugby to assist the player development pathways for the new Moana Pasifika franchise shows that the partnership between the three organisations will make a healthy contribution toward ensuring that rugby in the Pacific is strong and stable into the future.”

Pacific Rugby Players Chairman Hale T Pole said: “Our work behind the scenes over many years in partnership with Fiji, Tonga and Samoa and World Rugby has led to this pivotal moment. We are close now to achieving a step that I wasn’t sure would be possible, and this funding opportunity for both teams is a big boost to help get a truly historic project across the line.”

Historic when, and if a Pacific Islands Super Rugby team(s) will form in 2022. That day will be heralded as long overdue because Pacifica rugby does have a place in Super Rugby. If nothing else, this will ensure pathways and organizational standards are set in stone for the region’s benefit.