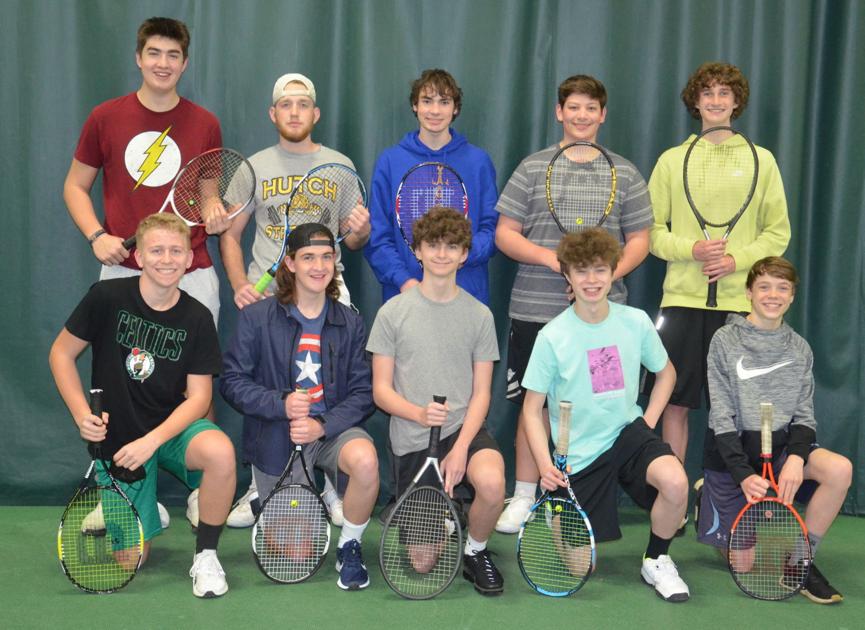 With a small amount of varsity tennis experience for both players and head coach, it will not be easy getting the Hutchinson boys program back to its winning ways.

There are only three players this year who saw varsity action two seasons ago when Hutchinson last fielded a team. Two were first-year third doubles players and another played a few varsity singles matches.

The summer program also did not happen and only 12 players are on the team this spring. It is truly a rebuilding year with no junior varsity program.

However, head coach Lisa Rasmussen has an idea of how to get the program back on track, because she helped build the program in the first place. Working with her husband, Brett, a former head coach, Lisa spent 10 years as the junior varsity boys coach. The two both left the program after the 2012 season when the team was 18-1, only losing in the section finals.

Up to that season, Hutchinson had all winning seasons except for two. Brett worked in the Hutchinson tennis program for 26 years.

Lisa took over as head varsity coach two years ago, but after one match she required surgery and was sidelined for the rest of the season. Then last year the entire season was sidelined by COVID-19.

“Since 2013 there have been four different head coaches,” Rasmussen said. “It effects the continuity of the program and ability to get kids out. We have gone through tough times, but we are looking to turn this around.”

Rasmussen has a long history of involvement with Hutchinson tennis. In eighth grade she was part of the first Hutchinson girls tennis team. By her senior year she advanced to the state tournament in doubles.

About that time, she met the new sports editor at the Hutchinson Leader, Brett Rasmussen. They would eventually become winning tennis doubles partners at tournaments and a married couple.

Along with being the boys JV coach, Lisa spent 15 years as the girls middle school coach.

“I want to help get the team back on track,” Rasmussen said. “It won’t happen overnight. Six of the 12 players are ninth-graders, so they will be around awhile. I think they have the right attitude and are going to work hard, knowing what hurdles they face.”

Senior captains are Luke Wollan and Gus Peller. They have one year of experience as seniors, working at third doubles two years ago. They will play at first doubles this year.

The other senior is Jerome Hilgemann, a first-year tennis player who is currently out injured.

For the first match Hartman and Byron were to play second doubles. McMullan and possibly Labraaten would work at third doubles. Wolff will be first singles if healthy. He played some on varsity two years ago.

It is a toss-up between who will be at second and third singles between Melcher and Krumrie. Jenum and Guler will compete for the No. 4 singles spot.

“The nice thing about having only 12 players is we can feed them a lot of balls to hit in practice,” Rasmussen said. “My goal is to hit at least 1,000 balls a day. It’s a lot of repetition and drills. Now they need experience playing matches.”

After family tragedy and a “mild” case of Covid, tennis was a way back – Tennis Magazine

Osaka championed on and off the tennis court – Morning Journal News