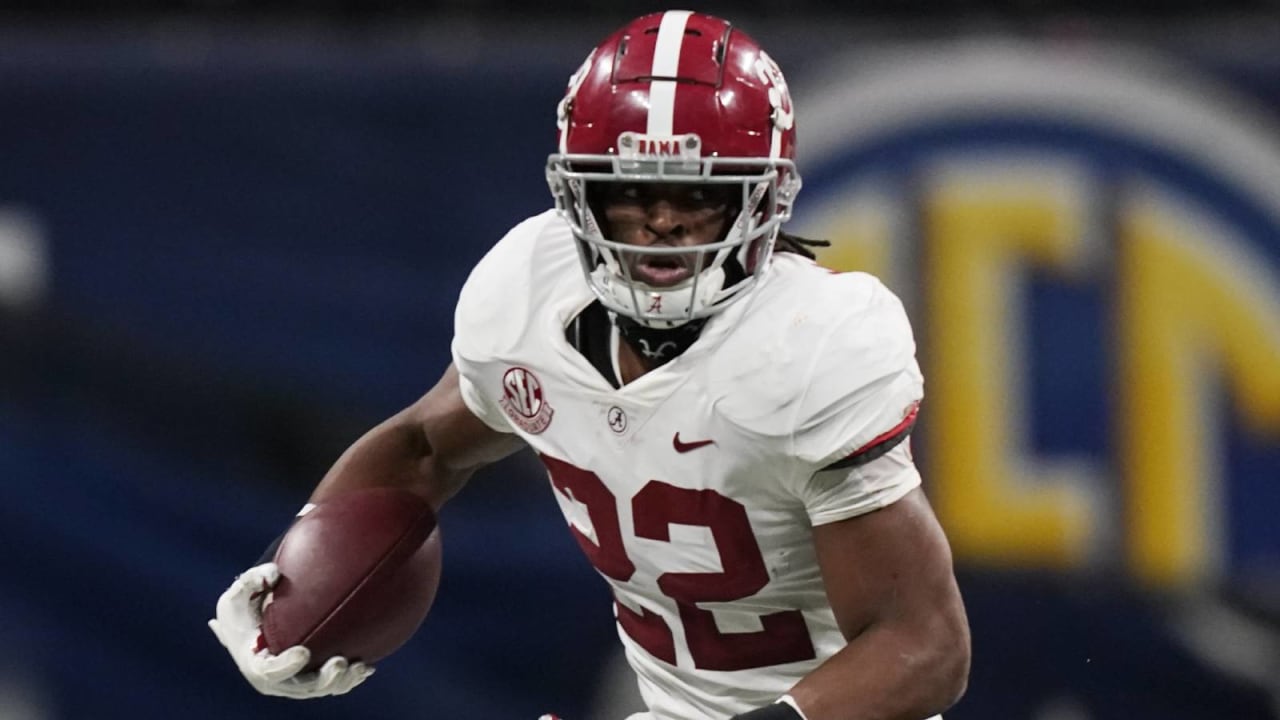 Could three running backs go in the first round of the 2021 NFL Draft?

Harris was prolific at Bama, owning the ability to blast through arm tackles. He’s projected as the top between-the-tackles runner who can carry a heavy workload and has excellent hands out of the backfield as a pass-catcher. Harris should be a three-down back in the NFL.

NFL Network Insider Ian Rapoport reported that most teams believe that Harris will be drafted by No. 24 overall where the Pittsburgh Steelers sit. Harris would fit the profile of a Steelers RB and would immediately upgrade a position of need.

Steelers coach Mike Tomlin said Monday that “improvements in the running game go beyond just the acquisition of additional players,” but adding a back of Harris’ caliber would immediately boost one of the worst rushing attacks in the league.

Etienne is the most dynamic of the three backs in the draft, particularly in the passing game. His explosiveness from the first step is game-breaking, allowing him to get into open space where he can burn by players. When Buffalo Bills GM Brandon Beane discussed potentially adding a home-run hitter to his backfield, Etienne immediately came to mind.

Williams might be the most complete back of the three. He’s not as big as Harris but packs a punch and owns excellent vision to hit creases. He can make defenders miss in a phone booth with elite lateral quickness. Williams might not own home-run talents like Etienne, but he’s prolific in the passing game. A well-rounded player, it wouldn’t be stunning if, three years from now, Williams was viewed as the best back from the class.

NFL Network’s Tom Pelissero named Williams as one of six potential sleepers heading into Thursday who could slide into the first round.

Several clubs could be looking at running backs in the first round, with the Dolphins, Jets and Bills joining the Steelers as teams possibly in range to snag an RB early. In which order the backs come off the board seems to be a matter of preference.