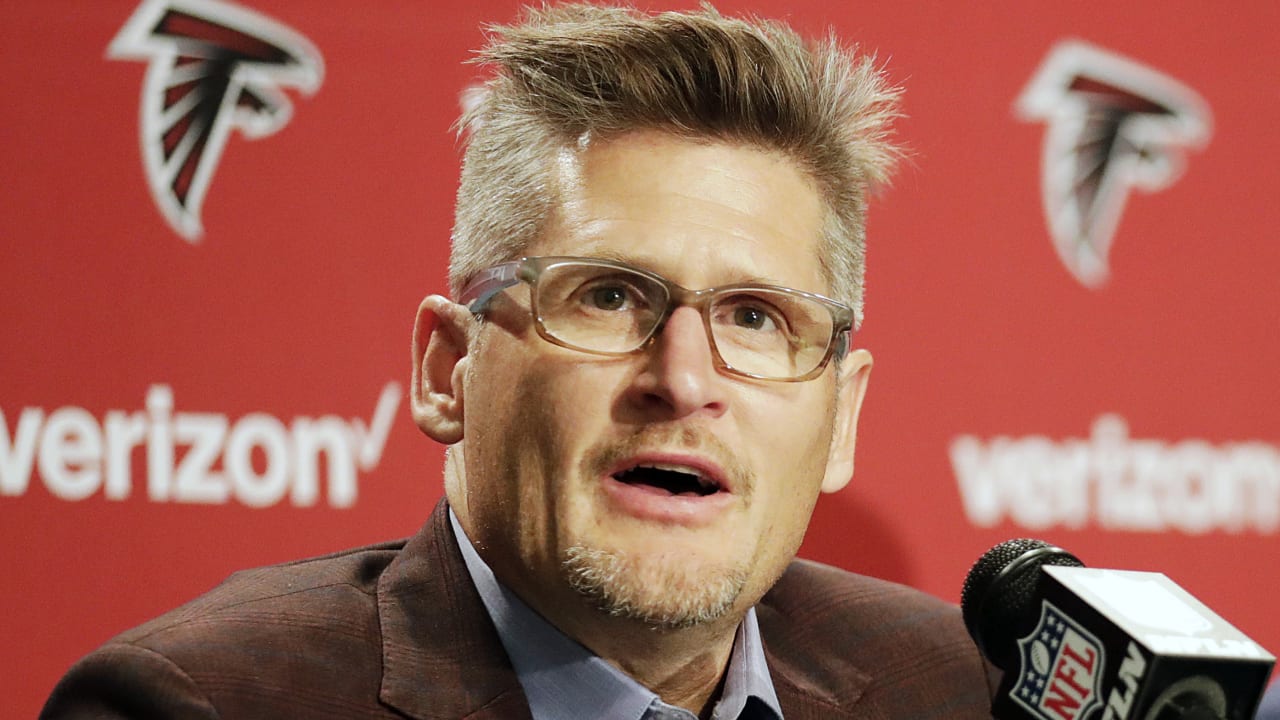 In my opinion, a general manager is on the hot seat every year he doesn’t win the Super Bowl. Any GM who’s held a job for more than a decade has felt this pressure many times. The hottest seat I was ever on was heading into the 2016 draft. To preface, I was retained when Smith was fired after the 2014 season, and part of the search group for the organization’s next head coach, Dan Quinn. Our team started out hot in 2015, but flailed down the stretch to finish 8-8. It was extremely challenging in the months leading up to the draft, but the only thing I could do was believe in my evaluation adeptness and team-building prowess. I was extremely confident in the work ethic of the group around me and never doubted we would thrive and cool the proverbial hot seat. We delivered in a major way, drafting several first-year starters (﻿Keanu Neal﻿, ﻿Deion Jones﻿ and ﻿De’Vondre Campbell﻿), as well as ﻿Austin Hooper﻿ and ﻿Wes Schweitzer﻿, before stringing together a tremendous Super Bowl run that ended in crushing fashion.

Being able to navigate the ebb and flow of the league and the significant team-building challenges from year to year made me a more well-rounded and battle-tested general manager. As hard as it’s been, especially in the down years, I’m proud that I have effectively navigated the extremely rocky roads of an NFL decision-maker. I can honestly say it made me exponentially better as a leader and GM.

Every year, I know a lot of my friends and contemporaries around the league get skewered by the media and fan bases for their acquisitions and decision-making, which sometimes is warranted and other times is completely driven by agitated emotion. Believe me: Over my 13 years as a GM, I was criticized for many moves, decisions and trades while at the helm.

There are so many complicated layers to strategically building a team in today’s NFL, but no doubt, it starts with the quarterback. This has been a unique offseason where three GMs — each widely respected in this league on a number of levels — decided to part ways with their starting signal-callers, all of whom were top-five picks in their respective drafts. The Bears’ Ryan Pace (whose Chicago team went 8-8 in 2020), Rams’ Les Snead (10-6) and Eagles’ Howie Roseman (4-11-1) made very bold and difficult moves, but moves they deemed to be in the best interest of their respective franchises. It’s easy for those outside an organization to violently scrutinize them for such decisions. However, it’s beyond admirable for each one to put his ego in check and open himself up to criticism in the name of ultimately improving the organization.

It’s imperative that cities and fan bases alike understand that with good, smart football people at the helm, there can be a bright, shining light at the end of the tunnel. After all, Jason Licht — who, like I said, is the league’s best right now — rose to the occasion and built a Super Bowl-winning roster after cutting ties with his team’s first overall pick in 2015, Jameis Winston﻿.

This is the most hated team in the NFL, according to a recent Twitter study – CBS Sports