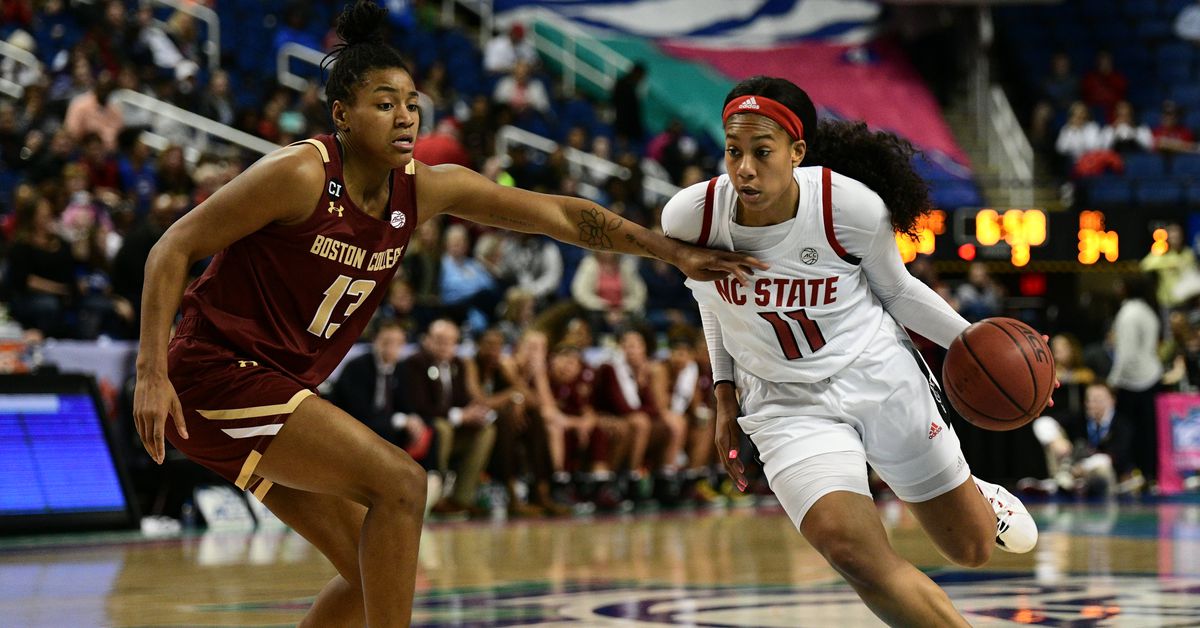 After having their best season since joining the ACC in 2019-20, the Boston College Eagles struggled to find wins in 2020-21. Between COVID stoppages, an incomplete roster, and the exceptional talent of ACC foes like Louisville, the Eagles could often keep up but just could not pull off victories. So what should BC fans expect from next season?

This is the biggest question mark position for the Eagles heading into 2021-2022. Akunna Konkwo was a highly anticipated recruit, ranked 18th in her position by ESPN and as a top 100 recruit on Prospect Nation. However, Eagles fans have not gotten to see much of her over the past 2 years. She missed her freshman season due to injury, and played just 7 games as a sophomore, averaging 4.0 points and 4.6 rebounds. Even if she manages to stay healthy the season, the question becomes how much time she will need to get back into peak playing form and to adjust to ACC play.

Clara Ford was BC’s go-to last season, and she made a huge step up from her freshmen and sophomore years. Ford went from averaging 4-6 minutes a game to 17.6 minutes a game, and she started all but 2 contests. She averaged a respectable 5.0 points and 5.6 rebounds per game last season, including scoring a career high 19 points against Syracuse. Ford isn’t necessarily a player you would expect to take BC to new heights, but she’s shown an ability to step up when needed, and the fact that other teams will underestimate her could be a real plus for the Eagles.

Maria Gakdeng, one of BC’s two incoming freshmen, also adds an interesting layer to the question of who will be the starting center. Gakdeng’s star has been on the rise. She is currently a 4 star recruit on Prospects Nation and is ranked 18th in her position by both Blue Star and All Star Girls Report.

If I had to guess, I would assume that all 3 players will get chances to prove themselves early in the season in non-conference play, but it is almost impossible to guess where Coach McNamee will go from there without seeing how Konkwo and Gakdeng handle themselves in NCAA play.

Ally VanTimmeren (Played for part of last season, but is essentially still a freshman because of COVID eligibility)

Losing a forward on a team that does not have many forwards certainly is not ideal, but Sydney McQuietor played just 2 games for BC last season so I don’t see her departure having a huge impact. In fact, BC’s forwards are 2 of the strongest players on the team.

Taylor Soule is among the best players in the ACC, and can be counted on to score points and grab rebounds no matter who BC is playing. Opponents definitely caught onto the fact that guarding her really aggressively can help shut BC’s offense down, but a number of other players have shown enough offensive growth to make that less of a problem than expected. What Soule really needs to work on is her own tendency to foul. BC cannot have her getting into foul trouble, and that happened far too much this season. Soule has been working on extending her shooting and adding a 3, and if she can make that happen she will be pretty much unstoppable.

Meanwhile, Ally VanTimmeren stepped onto the court last winter as one of the most impressive freshmen BC has seen in a while. Joining the team midway through the season, just after turning 18, she looked like a seasoned player instead of a rookie. She scored 10 points in her first game as an Eagle, put up 17 points against a top Louisville team, and ended up averaging 5.9 points and 4.8 rebounds. She is the type of player who seems set up to become a real star as she continues to adjust to the college game and work with BC’s coaches. Plus, if she can start consistently putting up double digits, she’ll take some pressure off of Soule and make it more difficult for opponents to shut BC’s offense down.

Expect both of these forwards to see plenty of playing time this season, with Soule almost certainly starting every game.

Since BC has a lot of guards and not so many forwards, expect to see Jaelyn Batts and JoJo Lacey stepping into forward positions, but to take a backseat to Soule and VanTimmeren, and even Cam Swartz.

Lacey was a top recruit for BC, but she missed much of last season and never quite found her groove in any of the 7 games she played in. Lacey was ranked 6th in her position by both ESPN and Blue Star, so hopefully a more consistent and normal atmosphere this season will help her to break out.

Batts, on the other hand, showed some real signs of progress last season as a sophomore, including scoring 15 points against UMass Lowell and 12 points against Miami. I expect her to be a player who continues to improve over her 4 seasons at BC so that she can chip in some offense when the Eagles’ star players are being shut down.

I would expect both Batts and Lacey to get a decent amount of playing time this coming season, and I’m cautiously optimistic that Lacey will have the breakout season her high school career suggests is coming.

Allie Palmieri (Played for part of last season, but is essentially still a freshman because of COVID eligibility)

The Eagles have a lot of guards on this team and each one brings something special to the table.

The seniors Cameron Swartz, Makayla Dickens and Marnelle Garraud will all get a lot of playing time for BC. Swartz plays aggressive defense and had some truly standout offensive performances last season, including a 33 point game against Pittsburgh late in the season. Dickens is BC’s standout 3-point shooter, averaging 4.3 3-pointers over her last 3 games and shooting .450 from behind the arc overall. Based on late-season play, I would expect her production to continue to increase this season. Garraud led the ACC with 2.1 blocks per game, but she’s also able to put up some points when BC needs her. Although Swartz is listed as a guard, she in particular out of this trio will likely see time as a forward.

Returning underclassmen Allie Palmieri and Kaylah Ivey will both be competing with BC’s new guards, particularly Dontavia Waggoner, for playing time. Palmieri played in 7 games after joining the team in early 2021, and recorded 20 points, 10 rebounds, 5 assists, and 5 steals. As such a young player, fans can expect to see her talent grow this season in whatever playing time she gets. Ivey had an explosive game against UMass Lowell early last season, scoring 23 points, but struggled to keep up that scoring consistency as the season continued. She showed some flashes of brilliance late in the season, so she could end up seeing plenty of playing time if she can have her breakout moment.

Dontavia Waggoner is a big get for BC, and I expect her to get priority off the bench unless another player really breaks through. Although she didn’t see much playing time with the very talented NC State squad as a freshman, she was a 4 star recruit, the 8th guard prospect in her recruiting class, and the 35th player overall in her recruiting class. As long as she can adjust to BC’s style of play, she should be a strong addition to the squad.

Freshman Amaria Fields is likely to be the bench player amongst the guards this season, both because of her age and because she is a bit of a diamond in the rough. She’s widely viewed as an underrated prospect, who has a lot of skill but hasn’t been ranked particularly high. She did average 20.5 points for her high school team this season, so she could be a player that surprises everyone and adjusts right away, but I’d guess that the upperclassmen will see the court before her.

What is BC’s projected starting lineup?

I feel confident that Dickens, Garraud, Swartz, and Soule will all be in BC’s starting lineup next season. As for center, I’d guess BC starts with Ford, and Konkwo slowly takes over if she’s fully back in gameday form.