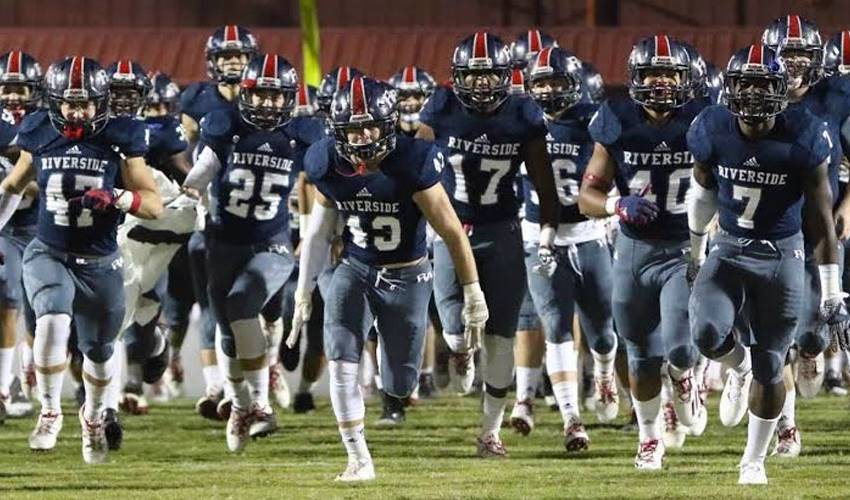 After a couple of tough rebuilding years, the Rebels are getting closer to returning to the form of 2016, when they captured the Division III state championship.

The Rebels were good in 2020, going 7-3 and reaching the Division IV quarterfinals.

“it’s been a process and I knew it would be,” Dizer said. “I think the challenge is to make it sustainable. That is what I am looking to see out of our team this year.”

Riverside will be young this season, with only four seniors returning, though 10 starters return, five on each side of the ball.

Larvadain was the CrescentCitySports.com, NASH ICON 106.1 FM and Friday Night Football Prep Player of the Year in metro New Orleans in 2020.

Defensively, Larvadain had 30 tackles, including an interception and broke up eight passes.

“Gage was outstanding, on and off the field,” Dizer said. “We don’t have one person to step in and do what he did. We still feel we can put together an explosive offense. We have a good quarterback, running backs and receivers. It is a challenge that we are excited to embrace.”

Last season, Hymel gained experience, passing for 938 yards and nine touchdowns while spelling Larvadain, who lined up in different spots.

“Luke has some experience,” Dizer said. “Last year was a blessing to find out what he is good at and comfortable doing. We are not completely starting over. So far, he has a really good command of the offense. He is a prototypical pocket passer who can excel in that area.”

“Elijah is a Division I running back when it is all said and done,” Dizer said. “Elijah had a lot of touches last year. He doesn’t really get beat up, banged up. We want to see how many touches he can handle this year and to get him involved in the passing game a decent amount. He can be one of the better players we have had here.”

Davis will be joined in the backfield by junior Emmanuel Franklin (5-5, 155).

There is experience and talent at wide receiver with a pair of returning starters in juniors Terrell Hilliard (6-0, 180) and Semajai McClendon (6-2, 185). They will be joined by freshman Dakota Jarreau (5-10, 150).

“Terrell and Semajai are basketball-types who have been in the program for two years,” Dizer said. “They have matured a lot and will make plays for us. It is nice to put height out there with guys who can go up and get the football.”

“We don’t have a lot of experience but Alex is a star and Noah played a lot of spots last year,” Dizer said. “Haeden missed all of last year with a shoulder injury. Jayden moves over from the defensive side. It is all about cohesion with that group. We won’t have a lot of time to figure out what fits them. Individually, I think they will be fine.”

“We have experience up front,” Dizer said. “We are going to a three-man front. We can play some guys both ways. Martrell will be one of the better players in the New Orleans area in the future. He started games in eighth grade. He can be a real force. Trepagnier will play some as will Ross on that side of the ball. Alexander has size and he will really help. We are looking to build depth.”

“I don’t think we have any true linebackers but we have the scrappy Reserve-type kid,” Dizer said. “We have to occupy blockers up front and let them run to the ball. We will see what fits those guys best, like our offensive line.”

A pair of solid players return in the secondary, including senior Kayon Brumfield (6-1, 170) and junior Cade Middleton (5-10, 155). Last season, Middleton earned all-district honors, recording 33 tackles and three interceptions, including one returning for a touchdown. He has offers from West Virginia and Mississippi State.

“We are fast and rangy in the secondary,” Dizer said. “They do not have a lot of miles overall but Middleton and both Brumfield brothers have real talent. We are athletic. We just need to get reps and learn to play as a unit. It is an inexperienced group. There will be baptism by fire but we expect they will come along nicely.”

McClendon is the kicker while Hymel will punt.

The schedule opens at home against Thomas Jefferson before the Rebels host a deeply talented and experienced Newman squad on Sept. 10 in a renewal of an outstanding rivalry.

A tough home game with Belle Chasse is set for Nov. 8 before a road game at St. Thomas Aquinas.

“It is the first time since 2016 we will open at home and we are excited about that,” Dizer said. “We know how good Newman is and our kids will be up for it and excited about it. We get the opportunity to play some unfamiliar opponents in Albany, St. Thomas Aquinas, Belle Chasse. Southern Lab will be really good. We like playing them.”

District 9-1A play opens in week eight at home against St. Martin’s Episcopal before a trip to Edgard to face long-time rival West St. John. The regular season closes at home against Country Day on Nov. 5.

“The district will be tough again,” Dizer said. “The favor always seems to get knocked off by somebody. Country Day beat us last year. West St. John is always there. St. Martin’s has the same group of kids and will be better. There are good rivalries. Guy Lecompte is a really good coach, as are Brandon Walters and Frank Gendusa. It is a good league with good coaches.”

With a solid core of players returning, Riverside figures to be a force once again in 2021, though it will be tough replacing the vast contributions of Larvadain.

“I think you will see us in the playoffs making noise,” Dizer said. “We don’t have as much room for error as last year and we don’t have quite the depth but we think we will put together a really good football team. The final eight in Division IV is always good and any of those teams can win it all. We have a goal to get into the final eight and to get hot then. We just have to get our kids to believe.”

Dizer certainly believes in his team.