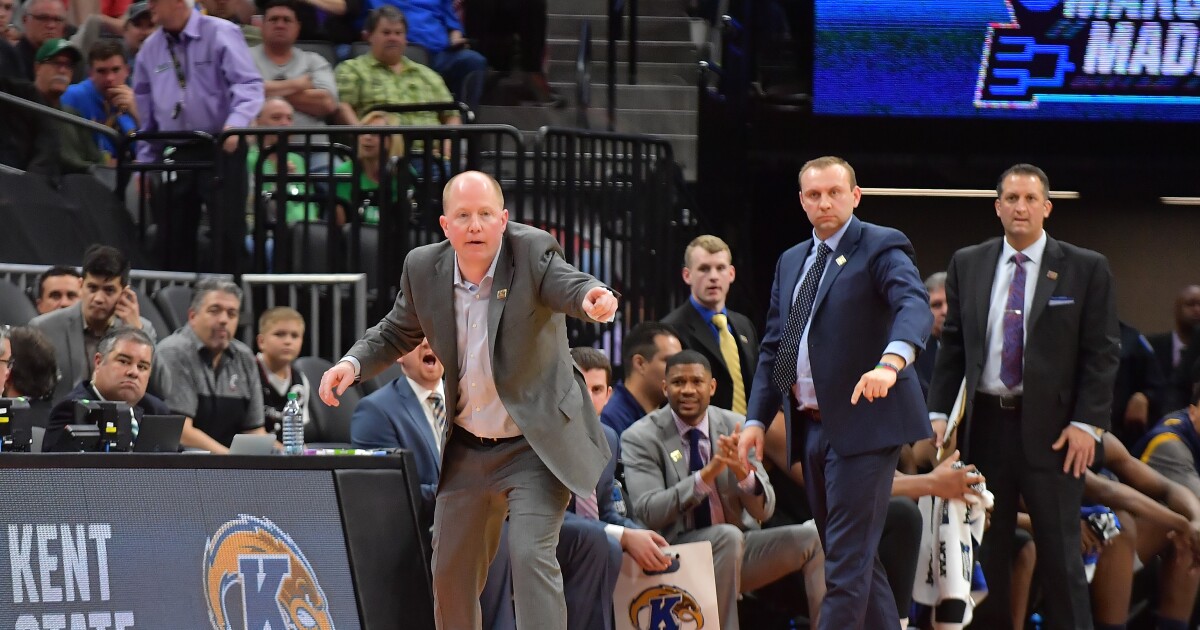 Kent State University’s longtime men’s basketball coach Rob Senderoff will stay at the helm for another five years. Senderoff’s contract extension was among the first moves under new athletic director Randale Richmond, who was hired this past April.

An usual move
WKSU’s sports commentator Terry Pluto says it was an unusual move because most new athletic directors want to hire their own coaches.

“Rob Senderoff had been there for 10 years. He was going into the last year of his contract, which actually was an option, so they could have probably gotten out of it. It would have been easy to dump him and go get whoever [Richmond] liked,” Pluto said.

Richmond is a graduate of Akron North High School, where he played football. After graduating from Baldwin Wallace University, he went on to graduate school at Kent State in 2004 to study athletic administration and began moving up the ranks. He then went to work as senior athletic director at Old Dominion University in 2015 until he was hired back by Kent this year.

“This is a more rational approach to these mid-majors that we talk about often, blowing money all over the place.”

Senderoff’s accomplishments
Pluto said Richmond was impressed by Senderoff’s work on and off the court.

“He said that out of the 41 players that finished their senior year at Kent State, all but one graduated. He also thought it was important that Senderoff has hired 10 of his former players to be assistant coaches over the years. He’s got three of them right now. That stuff matters,” Pluto said.

As for on the court, Senderoff is the winningest coach in program history with 196 wins. The Flashes finished the 2020-21 season at 15-8 overall and a 12-6 mark for third place in the Mid-American Conference.

Taking less money
Senderoff’s contract extension is actually a pay cut. He had a $380,000 option for the upcoming season. The new deal has a yearly base of $285,000 for the next five seasons. He’ll also receive money from a road game against a big-name school. This season, KSU plays at West Virginia with a roughly $75,000 payout.

“In the MAC, that’s certainly in the bottom half of coaches. Cleveland State is paying Dennis Gates $500,000. I think Akron is paying John Groce well over $400,000 to be the basketball coach,” Pluto said.

Continuity matters
“Continuity is important at a place like Kent. [Senderoff] has done a really good job. This is a more rational approach to these mid-majors that we talk about often, blowing money all over the place. But basketball is actually a smarter investment for these schools,” Pluto said.

The last time Senderoff took his team to the NCAA Tournament was 2017, so there will be some pressure to up the team’s game.

“It’s really hard to judge a guy if you say academics matter and all of these things, and then say, ‘Yeah but you don’t win the MAC tournament even though you win about 20 games a year.’ To me, that’s an unrealistic standard. You may think you could just get a new coach in here, and he’ll do the same thing. Well, not always,” Pluto said.